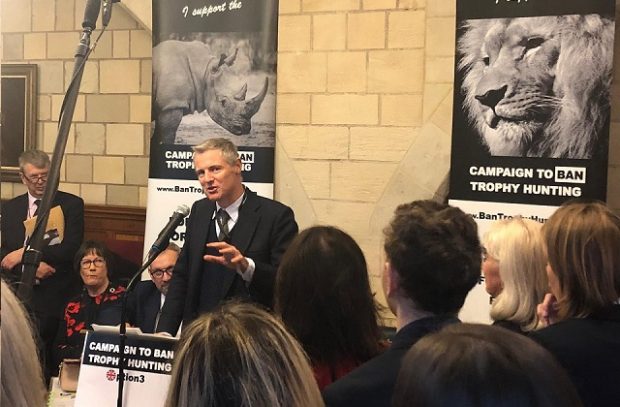 There is coverage including in the Sun, Western Daily Press, and The Ecologist of Lord Goldsmith’s speech yesterday at an anti-trophy hunting held in the Houses of Parliament. The event was organised by the Campaign to Ban Trophy Hunting, and had an audience of around 100, including MPs, non-governmental organisations, and public figures.

Images of people gloating over the bodies of beautiful and often endangered animals that they have killed are deeply shocking to me and many others, particularly at a time when the natural world is facing such enormous threats. I’m delighted that among numerous conservation measures, our manifesto commits us to banning the import of hunting trophies from endangered animals.

We have also committed to doubling our spend on climate change and focusing much of the uplift on nature protection and restoration.

On 2 November, the Government launched a consultation on options to restrict the imports and exports of hunting trophies to the UK – including a potential ban. The consultation will allow ministers to understand the public’s views on all sides of the debate and gather expert evidence to inform any next steps.

Trophy hunting is governed by the country in which it takes place. It is for that country to determine whether trophy hunting is a legal activity. All applications for permits to import trophies to the UK are carefully assessed to make sure that the import does not have a detrimental impact on wild populations of endangered species. 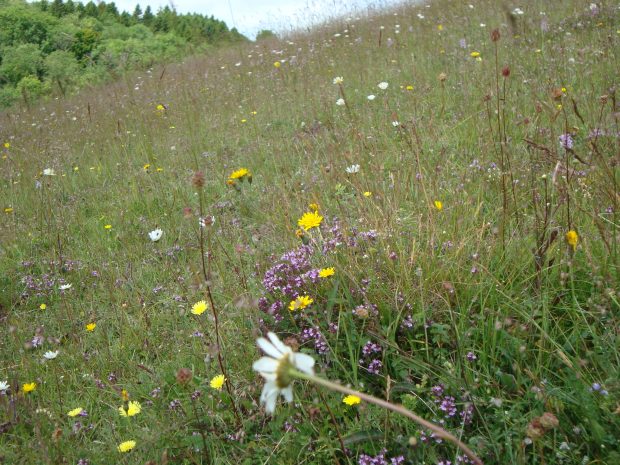 There is coverage in the ENDS Report and Business Green of Defra’s new online resource launched yesterday to help ensure better environmental decision-making by valuing our natural capital.

Business Green notes the UK's natural capital is worth almost £1 trillion according to the Office for National Statistics, while the ENDS Report notes the natural capital approach has become more commonly used over the past decade.

‘Natural capital’ is the sum of our ecosystems, providing us with food, clean air and water, wildlife, energy, wood, recreation and protection from hazards. The natural capital approach will make it easier for public and private organisations to better assess and value the environment. This will help deliver benefits including long-term flood risk reduction, boosts to wildlife, improvements to water and air quality, and opportunities for biodiversity net gain.

Today’s publication helps to put the natural environment at the heart of decision-making. It meets a commitment from our 25 Year Environment Plan to better incorporate the value of nature – known as natural capital – and the benefits the environment provides to us all.

This comes at a critical time where the protection of our environment is ever-more important in combatting climate change and reversing habitat loss.

The ‘Enabling a Natural Capital Approach’ (ENCA) project delivers on a commitment in the government’s 25 Year Environment Plan. The resource was developed in collaboration with experts from across Defra and its agencies and informed by the work of academic, professional and voluntary bodies such as the Valuing Nature Network, to ensure the best available evidence is included in a user-friendly way. The tool will also help support the delivery of Nature Recovery Networks - part of the government’s landmark Environment Bill.