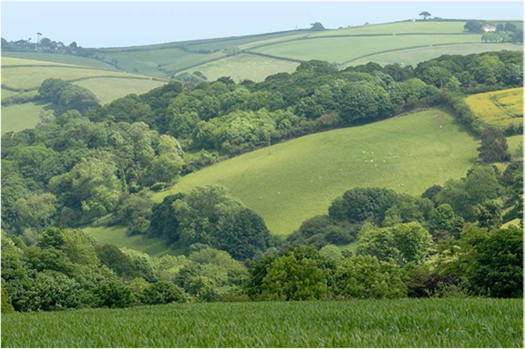 There is misleading coverage in several media outlets including the Times and Daily Mail over the weekend about the case of Geronimo the alpaca, who has twice tested positive for TB.

Despite suggestions to the contrary, the chances of a false positive using the Enferplex test – the test requested by the owner in August 2017 and has been promoted by the British Alpaca Society over other TB antibody tests – are less than one percent. Geronimo has been tested twice to this test and was positive on both occasions.

Claim: Geronimo only tested positive because he was previously primed with injections of bovine TB bacteria.

This is not correct. The injection of tuberculin does not induce a false positive antibody response in animals that are not infected with bTB in the first place.

The tuberculin skin test involves the injection of a very small dose (0.1ml) of a purified, sterile ‘cocktail’ of proteins extracted from dead bovine TB bacteria into an animal’s skin. The tuberculin skin test itself has a very low sensitivity in camelids. Therefore, its main purpose is to boost the levels of specific antibodies generated by the animal’s immune system against a pre-existing bTB infection, which might otherwise be below the detection threshold thereby producing a false-negative test result.

The injection of tuberculin essentially amplifies the antibodies already induced by an existing infection. It does not trigger the production of a new antibody response in TB-free animals.  It does not matter how often you repeat this procedure (i.e. the injection of tuberculin) in an animal prior to an antibody test for TB such as the Enferplex test. Tuberculin does not build up in an animal and if that animal has not been infected with bTB, there are no antibodies to boost in the first place.

APHA routinely uses the ‘boosted’ Enferplex and other validated antibody tests in alpacas and llama herds that are not under movement restrictions, but which may be at risk of TB because they happen to be located near an infected cattle herd. Even in those at-risk herds we find very low proportions of positive results, approximately 1 to 3% on the ‘boosted’ antibody tests, which have been carried out in over 1,500 alpacas and llamas since 2019.

Claim: There is no evidence for the accuracy of the Enferplex when used without tuberculin priming.

The accuracy of the Enferplex and the other approved antibody tests for TB in camelids, including alpacas and llamas, were first estimated as part of a peer-reviewed study published in 2012 and were re-evaluated and updated by APHA in March 2018, based on the latest available data gathered. This included approximately 25% of our TB-free control group that had been subject to tuberculin ‘priming’ 10-30 days before the blood samples were taken for antibody testing. The specificity figures quoted by the Environment Secretary therefore does include data from tuberculin primed camelids. It is the test that was requested by British Alpaca Society at the time.

Claim: We should use Actiphage test, which detects the DNA of TB.

Actiphage tests are not validated – so their results are difficult to interpret. For actiphage tests to work, it requires bovine TB bacteria to be circulating in an animal’s blood, which doesn’t necessarily happen until the advanced stages of TB. As mentioned above, the Enferplex test has been specifically developed and validated for alpacas and is the most accurate test.

Claim: That the Enferplex test is not accurate because it only measures antibody levels and not the protein of the bovine TB bacteria.

The Environment Secretary has reviewed the case very carefully multiple times over the last few years and has interrogated all the evidence with expert vets, alongside the Animal and Plant Health Agency. We have always sought to address any concerns raised fairly, including throughout the extended legal proceedings brought by Geronimo’s owner.

We are sympathetic to Ms Macdonald’s situation – just as we are with everyone with animals affected by this terrible disease. It is for this reason that the testing results and options for Geronimo have been very carefully considered by Defra, the Animal and Plant Health Agency and its veterinary experts, as well as passing several stages of thorough legal scrutiny.

Bovine TB is the most difficult and intractable animal health challenges that we currently face and with over 27,000 cattle in England needing to be slaughtered in the last year to tackle the disease.

As a veterinary professional for over 20 years, I know the devastation that TB can cause farmers, their communities and their animals.

While I sympathise with Ms Macdonald’s situation, we need to follow the scientific evidence and cull animals that have tested positive for TB, to minimise spread of this insidious disease, and ultimately to eradicate the biggest threat to animal health in this country.

The tests used on Geronimo were developed for use on alpacas and are highly specific – the chances of a false positive are significantly less than one percent and we have tested him twice. Not just for the benefit of our farming industry but to avoid more TB cases in humans, our disease control measures must be applied.

Further information on the need to eradicate bTB can be found on our APHA science blog site.