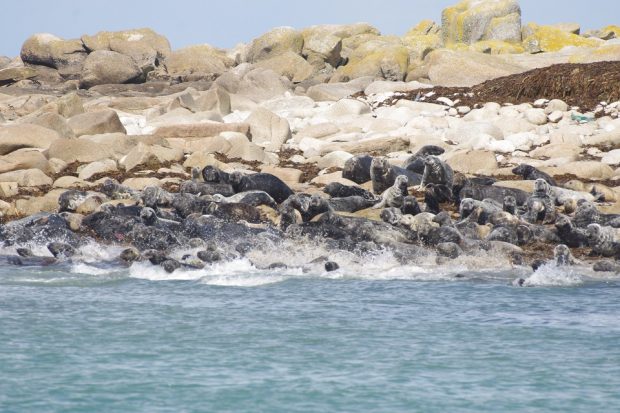 On Friday 2nd April 2021, the Seal Alliance launched a campaign, backed by Defra, aimed at educating the public about the devastating impacts human interactions can have on seals. This was reported on across broadcast, print and online media – including BBC Breakfast, the Telegraph, Metro, BBC News, Daily Mail and Independent. Regional titles such as Western Morning News, Eastern Daily Press and Dorset Echo also featured the campaign.

The UK is home to 38% of the entire world’s population of grey seals and 30% of the European subspecies of common seals but these vital populations are under threat. The Government and Seal Alliance is urging the public to follow four steps:

Young pups and pregnant seals are particularly vulnerable with only 25% of young seals likely to survive to the age of 18 months in a bad year.

“Seals are one of our most iconic marine mammals. They can be found along our coastline around the UK, and we must do all that we can to protect them.

“Disturbance by members of the public can be detrimental to seals, but this is entirely preventable. I would urge everyone to follow the guidance, give seals the space that they need and respect this vulnerable marine species.

“This campaign will raise vital awareness and help protect some of our most treasured marine wildlife.”