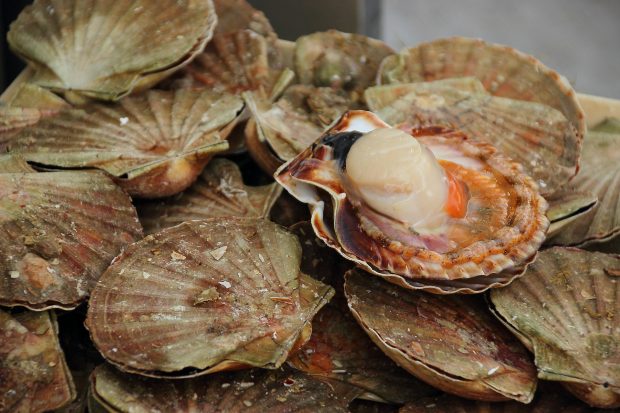 There has been media coverage today regarding the EU’s change in approach to the import of live bivalve molluscs (LBMs). The coverage follows comments on this issue by the Environment Secretary to an evidence session of the Environment, Food and Rural Affairs Committee.

The EU has notified us of their amended legislation on the import of LBMs from Class B waters for purification. They have now made changes to the relevant Export Health Certificate so that they are clearly banning the imports.

This leads us to conclude that our original interpretation of the Export Health Certificate was correct, alongside previous assurances provided by the European Commission, that the trade of aquatic animals for purification in the EU should have been allowed to continue.

The legislation was clear that the export of live bivalve molluscs from Class B waters for purification could continue after the transition period. Our correspondence with the Commission confirmed this.

The Commission have now amended their import rules, without scientific or technical justification. Effectively they have changed the law to justify their position in blocking the trade, causing impacts for businesses on both sides.

In 2019, correspondence between UK Chief Veterinary Officer  and the EU Commission, we had been given reassurance by the Commission that LBMs from aquaculture for purification could be exported using the ‘Model animal health certificate for the import into the European Union of aquaculture animals for farming, relaying, put and take fisheries and open ornamental facilities’ after the end of the Transition period.

In August 2020, the EU issued a draft of the proposed new Export Health Certificate which made explicit to us that the export of bivalve molluscs, from both aquaculture and the wild, for depuration, was permitted. This EHC was put into law on 16 December 2020 by Regulation 2020/2236 and would apply from 21 April 2021.

We had understood that there would be a temporary ban on the export of wild harvested Live Bivalve Molluscs (LBMs) only, pending the introduction of new European Health Certificates (EHCs) in April 2021.

The notes to this (the 2020/2236 Export Health Certificate that would apply from 21 April 2021) certificate stated that it is to be used for the entry into the Union of consignments of live aquatic animals intended for all other aquaculture establishments including purification centres and relaying areas.

The Commission has just now amended this certificate, so that they are clearly banning the imports, removing the ‘ambiguity’ as they call it.

The EU has further removed text that explicitly stated that the 2236/2020 health certificate should be used for consignments intended for aquaculture establishments, including purification centres and relaying areas.

We therefore conclude that our interpretation of the health certificate put into law on 16 December 2020 by Regulation 2020/2236 was correct, namely that it would permit the trade of aquatic animals intended for purification in the EU.