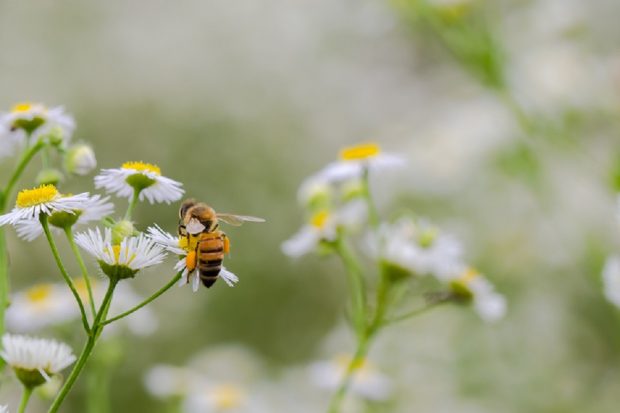 There has been a significant amount of press interest in, with some eye-catching headlines suggesting that 15m bees could be burnt under new Brexit import rules, with the story picked up in the Telegraph, Guardian, Times, Independent and Mail.

Since the end of the Transition Period, it has no longer been possible to import colonies or packages of bees directly into Great Britain from the EU. It’s still possible to import queen bees, and in 2020 we imported over 21,000 to GB.

Anyone looking to import bees to the UK should check the guidance available before doing so to avoid importing prohibited material. Any packages and colonies of bees that are imported into GB from the EU would have to be returned to their original location.

Why can’t colonies or packages continue to be imported from the EU into Great Britain?

As we are now outside the EU the legislation has changed and it is no longer possible to import bees (other than queens) from the continent.

We continue to work with the beekeeping sector to support them, as well as working with the devolved administrations given that bee health is a devolved matter.

Can packages and colonies be imported into Northern Ireland?

EU member states may export bees to Northern Ireland in line with intra-Union trade rules.  This means that packages and colonies may be exported to Northern Ireland provided they have been notified in advance and are accompanied by a valid health certificate.

Can bees be moved from Northern Ireland to Great Britain after they have been imported from the EU?

Under current rules, colonies or packages of bees, as well as queen bees can be imported from the EU into Northern Ireland.

From 1 January 2021, all goods in free circulation in Northern Ireland qualify for unfettered access, meaning no declarations, tariffs, new regulatory checks or customs checks, or additional approvals for Northern Ireland businesses to place goods on the GB market. Direct trade from Northern Ireland to Great Britain can continue as it did before the end of the Transition Period.

HMRC have anti-avoidance measures in place to ensure that only genuine trade between NI and GB benefits from unfettered market access. These measures will be kept under review as we plan for the next phase of the unfettered access regime which will focus the benefits on Northern Ireland businesses, to be introduced during the course of 2021. Further details will be set out in due course.

There are reports you are going to have to kill 15 million bees as you can’t import them?

This is not true – only queen bees can be imported into Great Britain from third countries, including the EU.

Anyone looking to import bees to the UK should check the guidance available before doing so to avoid importing prohibited material. Any packages and colonies of bees that are imported into GB from the EU would have to be returned to their original location.

Are you concerned that there may be a shortage of bees?

There is no suggestion there will be. Whilst there is no compulsory registration system for bees and beekeeping in the UK, activity in the beekeeping sector means honey bee numbers are increasing – colonies recorded on the voluntary register which forms part of the NBU’s BeeBase website increased from around 108,000 in 2009 to 224,000 in 2020.

It is important to note that while the import of packages is now prohibited, the import of queens is still permitted. In 2020 GB imported 21,405 queens and 1,882 packages.