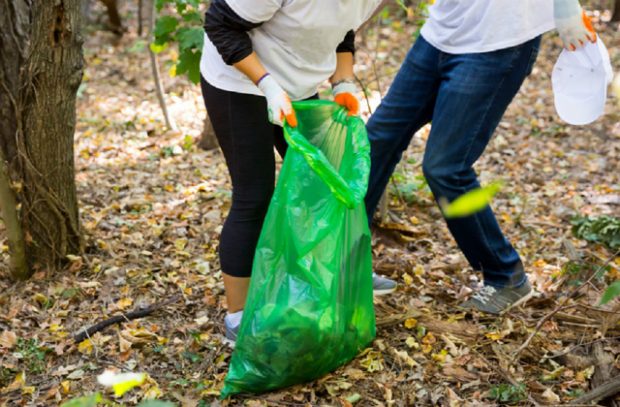 There is coverage in this morning’s Times, Guardian and Telegraph of comments which broadcaster Jeremy Paxman plans to make in a speech at a waste industry conference later today (Thursday 12 September).

While we share Paxman’s enthusiasm for reducing the amount of litter which is dropped in England, we don’t agree with a number of the assertions he makes against Defra. He will be speaking later today at the RWM waste conference in Birmingham.

Keeping the country’s streets clean cost local councils almost £700 million last year. Much of this is avoidable litter, and money that could be better spent in the community.

Since our national Litter Strategy launched in April 2017, we have engaged charities, industry and retailers. Following this period of engagement, we developed a strategic partnership with Keep Britain Tidy to launch and deliver a new national anti-littering campaign, Keep it, Bin it.

Littering blights our communities, spoils our countryside, harms our wildlife, and taxpayers’ money is wasted cleaning it up.

We’ve invested in the national, ‘Keep it, Bin it’ anti-litter campaign in partnership with environmental charity Keep Britain Tidy, and which is supported by some of the biggest names in retail, travel and entertainment, to make littering culturally unacceptable within a generation.

We all have a responsibility to tackle litter and we welcome hearing from all partners that are interested in joining our campaign.

We welcome wide collaboration and are open to hearing from all partners that are interested in joining our campaign. Defra has also engaged with industry and retailers to develop further practical steps to tackle waste, such as plastic bottles.

We are also taking steps to increase fines for people who litter, and have set out proposals to reduce the amount of waste which finds its way into the environment in the first place. These include our hugely successful 5p plastic bag charge, plans for a deposit return scheme for drinks containers, making producers pay the full net costs of recycling their products’ packaging and a ban on the supply of plastic straws, drinks stirrers and plastic-stemmed cotton buds.

There has been widespread coverage today in BBC News Online, The Daily Telegraph, The Guardian, The Times, The i, Daily Mail and the Yorkshire Post following Natural England’s publication of the badger control licenses.

Natural England yesterday published licences for areas that will undertake badger control operations within the High Risk and Edge areas of England this autumn. This includes the reauthorisation of licences for 29 existing areas alongside licences for 11 additional areas.

Most of the coverage focusses on the maximum number for the badger control operations, which Natural England also published yesterday with full details on the areas can be read on GOV.UK here.

Bovine TB remains the greatest animal health threat to the UK, costing taxpayers over £100 million every year as well as causing devastation and distress for hard-working farmers and rural communities.

There is no single measure that will provide an answer to beating this disease. That is why we have always been committed to a multi-pronged approach including proactive badger control as well as other tools such as tighter cattle controls, improved biosecurity and badger vaccination.

Our strategy in combatting the disease now has an opportunity to look at different methods as part of our response to the Godfray Review. We will fully respond to this review in the near future.