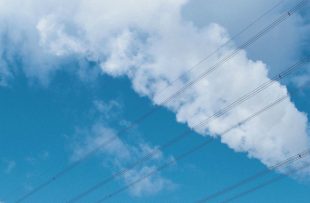 As part of its ‘Clean Air For All’ campaign, the Times (online) has published an interview with the Environment Secretary Michael Gove and the Health Secretary Matt Hancock.

Announcing the Bill at the Liaison Committee in July 2018, the Prime Minister said: “You are absolutely right that we have made a commitment to be the first generation to leave the environment in a better state than we found it. Clean air is an element of that, but I want to be a little more ambitious than simply introducing a Clean Air Act. We will introduce an Environment Bill, and clean air will be part of that Bill. There has not been an Environment Act since 1995.”

The Times does not mention we are looking to amend the Environment Act 1995 by strengthening the requirement for local collaboration to take action to avoid exceeding air quality limits, and shifting the focus towards prevention. We are exploring options for additional environmental targets as part of the new statutory cycle of monitoring, planning and reporting created by the draft Bill.

The Times claims the Government’s commitment to develop a target for PM2.5 based on World Health Organisation (WHO) guidelines is delayed. This is inaccurate - the commitment was first made in January and will be delivered.

The Times argues the Government’s plans lack ambition - yet the UK is the first country in the world to consider adopting such ambitious targets. That is why the World Health Organisation (WHO) praised our Clean Air Strategy (CAS) as “an example for the rest of the world to follow”.

The Times also earlier reported claims that Defra and the Department of Health do not work closely enough together on air quality. Yet the Clean Air Strategy was launched together by the Environment and Health Secretaries, they have jointly presented on air quality to Cabinet, and they discuss the issue most weeks. They also gave a joint interview to the Times.

The Times suggested Ministers are focusing on a “series of distractions” such as wood-burning stoves. In fact domestic solid fuel burning and particularly burning of wood is the single biggest source of PM2.5 emissions. Domestic combustion causes 41% of total national emissions, with 36% coming from wood burning, compared to only 12% from road transport. Downplaying the impact of domestic burning is dangerous and complacent.

The Times criticises the government for not setting new legal targets based on WHO guidelines. But we have set out a clear process for new air quality targets: we will gather evidence, assess how quickly we could meet WHO targets based on that evidence, and then decide on legislation. Although we are not in a position to reveal a new target in time for the Times’ campaign, work is progressing and will be complete, on time, prior to the introduction of the Environment Bill.

Contrary to the suggestion in the Times that the Government is not doing enough to tackle the “real problem of traffic fumes” and is instead “avoiding” it, we have continuously highlighted that the most immediate air quality challenge is nitrogen dioxide (NO2) concentrations around roads. We have put in place a £3.5 billion plan to deliver cleaner transport. This funding is, for example, helping to get more ultra-low emission vehicles including cleaner buses on the road, and to support local authorities take action against NO2.

It is important to note that the data used for the Times analysis on future improvements of air quality do not take account of the actions outlined in the Clean Air Strategy praised by the WHO.  An indication of how the CAS will impact air quality was given in our National Air Pollution Control Programme published in April 19 and our commitment in our CAS to publish further analysis on the impact of our plans specifically on levels of PM2.5 will be published in due course.