Monitoring of Engagement with the Natural Environment Report 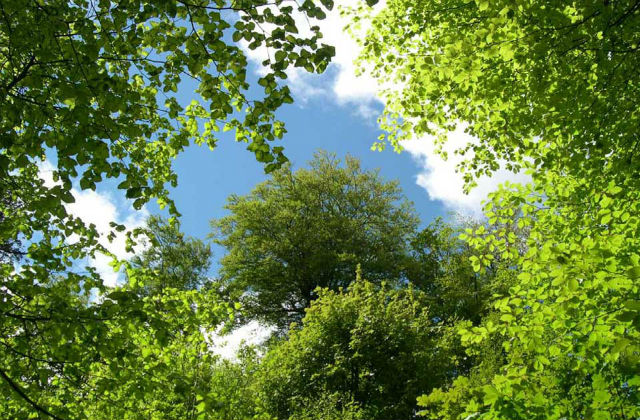 New research published by Natural England last week revealed that visits to parks and greenspaces in cities were up by 25 per cent in 2016 as compared to 2010.

There was coverage of the report in trade press including Horticulture Week.

Natural England’s Urban Greenspaces report found that more people are visiting the natural environment within towns and cities across England than ever before with an estimated 879 million visits to parks in towns and cities in 2015/16.

The report brings together findings from Natural England’s annual ‘Monitor of Engagement with the Natural Environment’ (MENE) public survey and explores how people living in urban areas engage with the natural environment and visit urban greenspaces.

Principle Specialist for People and the Environment at Natural England, Rose O’Neill, said:

The MENE survey gives us a valuable insight into how people enjoy the great outdoors.

We know that lots of us love a visit to our local park or favourite green spot and it is great to see this is on the rise. Research has shown a clear and important link between urban greenspaces and mental health which underlines the important role the natural environment can have in all of our lives. 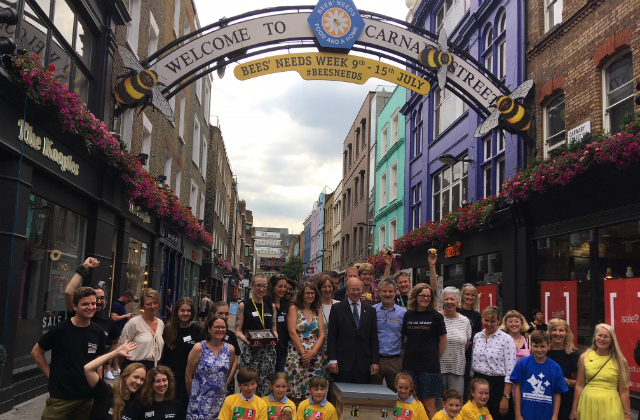 ITV’s Good Morning Britain, Yorkshire Post and Politico are among media who cover our announcement today marking the start of Bees Needs Week 2018.

The annual campaign, supported by Carnaby London and backed by a host of partners, highlights the importance of bees and pollinators. The dedicated week also encourages all of us to play our part in how we can help our precious pollinators and celebrates projects that are doing just that.

The articles report the Environment Secretary’s comment that ‘pollinators are vital contributors to the beauty of our landscapes, our economy and our £10 billion food industry’.

This year’s Bees Needs Week is being hosted in Carnaby Street whose famous arch has been renamed ‘Carnabee’ Street’ for the annual campaign, which runs to Friday.

Today’s launch is also covered by Wild West End, The Asian Independent and Devdiscourse.com who carry a quote from the Biosecurity Minister Lord Gardiner encouraging everyone to get involved by growing more flowers, leaving patches of garden to grow wild, cutting less grass, not disturbing insect nests and thinking carefully about using pesticides.

For more information about Bees’ Needs Week events, and how you can get involved, visit www.bees-needs.org.uk, follow #BeesNeeds on social media and read more about the partners we are working with here.

The Independent have reported on a Judicial Review beginning today into badger culling.

The report wrongly states badger culling will be permitted across most of the country, wherever there is an outbreak.

In fact, there are no plans to roll out badger culling throughout the low risk area.

On May 24 the Farming Minister announced plans to enable badger control in the low-risk area (predominantly the north and eastern area of England) but made clear applications will only be considered in very exceptional circumstances where there is a Bovine TB ‘hotspot’. This is where disease in badgers is linked with infected cattle herds, which is very rare in the low-risk area.

Currently the only ‘hotspot’ identified is located in Cumbria, and therefore this is the only location in the low-risk area where badger control is being considered. Any action in this specific location will be subject to meeting strict licensing conditions.

This is in addition to the finite number of licences made available each year in the high-risk and edge areas of the country. Applications for culls in these areas are considered by Natural England.