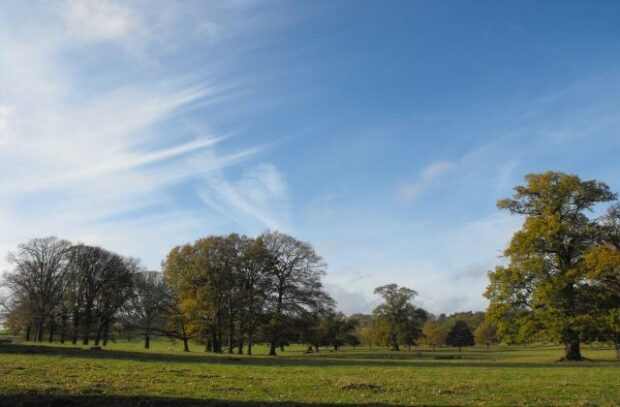 There has been coverage in the Guardian following the return of the Environment Bill to Parliament for Report Stage and Third Reading in the House of Commons yesterday (26 May).

The coverage reports that the Bill will fail to protect against developers concreting over green space, lack provisions for improving air quality, and contain inadequate protections for wildlife.

These claims are not true. The Environment Bill will ensure the environment is at the heart of all government policy making and that both this government and future governments are held to account if they fail to uphold their environmental duties.

We provided the Guardian a reactive statement to balance the coverage but this was not carried in online or print.

The Bill will improve air quality by requiring legally-binding targets to reduce concentrations of fine particulate matter (PM2.5), the pollutant of most concern for human health, and increasing local powers to address sources of air pollution. This will deliver significant health benefits for our citizens.

The Bill will also restore and enhance nature by ensuring new development enhances nature, while giving communities a greater say in the protection of nature. This will help deliver thriving natural spaces for local communities. The Government is leading by example to maintain and enhance existing environmental protections, by committing to protect 30% of our own land and sea and setting a legally binding target with the aim of halting species decline by 2030.

The article also points to the government’s oversight of the new environmental watchdog, the Office for Environmental Protection (OEP).

We have made very clear that the OEP is being established as a non-departmental public body which is operationally independent from Defra. Ministers cannot set its programme of activity, or improperly influence its decision-making. The OEP will provide scrutiny and advice on the implementation of environmental law, and will also be able to receive and investigate complaints on alleged serious breaches of environmental law by public authorities and have powers to take legal action in serious cases.

“The Environment Bill will deliver the most ambitious environmental programme of any country on earth.

“It will clean up the air we breathe, restore natural habitats, improve water quality and will increase biodiversity with legally binding targets that put the environment at the heart of all government policy making. We are fully committed to ensuring that this world-leading Bill completes its passage into law as soon as possible.”

The Environment Bill will clean up the country’s air, restore natural habitats and increase biodiversity. Work on implementing Environment Bill measures has continued at pace. The Government has already begun developing legally binding environmental targets and launched consultations on the deposit return schemes for drinks containers, extended producer responsibility for packaging, and consistent recycling collections which will transform the way we deal with our rubbish.

Dame Glenys Stacey has been appointed as Chair of the new, independent OEP, while a draft Principles Policy Statement has also been published by the Government which puts protecting the environment at the heart of future policy.

The legislation builds on the Government’s decisive action to protect the environment as set out in our 25 Year Environment Plan.