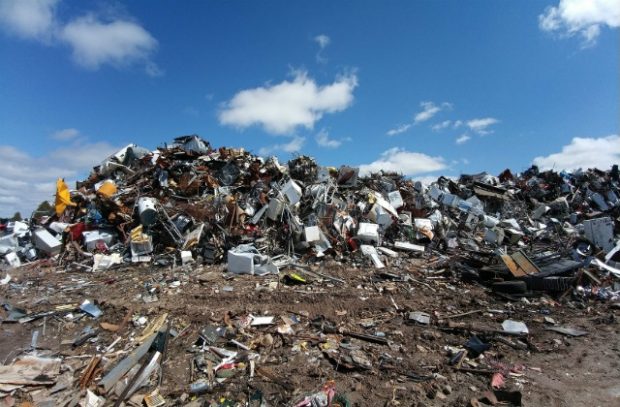 Defra has today published its latest statistics for fly-tipping in England, which show that local authorities are increasingly using their powers to fine and prosecute offenders.

According to the latest data which covers 2019/20, over 75,000 fixed penalty notices (FPNs) were issued for fly-tipping - an increase of 32% since 2016 when councils were given the power to issue fly-tipping FPNs. Prosecutions have also more than doubled over the same period, with total court fines last year totalling nearly £1.2 million.

Local authorities in England dealt with 976,000 fly-tipping incidents, with the most common size category being equivalent to a ‘small van load’ of waste (34% of total incidents), followed by the equivalent of a ‘car boot or less’ (28%).

Fly-tipping is completely unacceptable, and these cynical offenders need to know that councils are taking increasing action and that they face on-the-spot fines of £400 or up to five years in prison if convicted in court.

Over 75,000 fixed penalty notices were issued in 2019/20 - an increase of 32% since 2016 – and prosecutions have more than doubled over the same period, with total court fines last year totalling nearly £1.2 million.

We are committed to tackling waste crime even further, but there is more that we must all do. Everyone has a legal duty of care when handling waste, and all householders and businesses must ensure that they pass their waste to licensed carriers, as failure to do so could result in a £400 fine.

Councils are able to issue on-the-spot fines to fly-tippers of up to £400 and can stop, search and seize vehicles suspected of being used for fly-tipping. Local authorities and the Environment Agency are also able to issue penalties of up to £400 to householders who do not pass their waste to a licensed carrier and whose waste is then found fly-tipped.

Fly-tipping prosecutions are highly successful, with over 98% of prosecutions resulting in a conviction in 2019/20.

In 2019/20 alone, the Agency prosecuted nearly 100 individuals and companies for waste crime offences, with fines exceeding £900,000, 28 custodial sentences and £1m of confiscation orders.