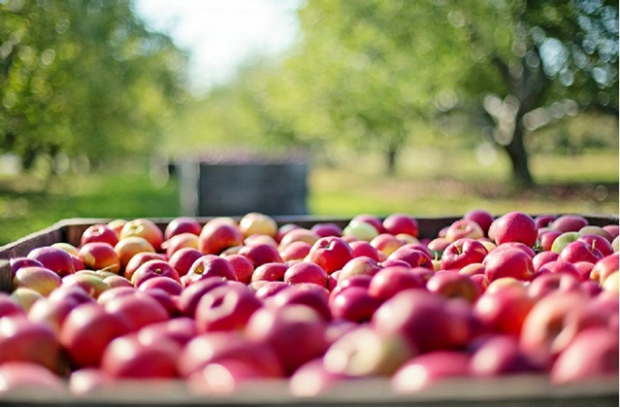 There is coverage this morning of measures to support fruit and vegetable growers next year in the Guardian, The Times, Farmers Weekly, Farmers Guardian, Horticulture Week, HortiDaily, The Grocer, Food Manufacture, Farming UK, Eastern Daily Press, Yahoo Finance UK, The Scottish Farmer, The Scotsman, Grampian Online and The Courier.

Yesterday’s announcement confirmed that the number of workers permitted to travel to the UK to pick and package fruit and vegetables under the Seasonal Workers Pilot will be tripled next year.

The Pilot originally launched in 2019, and has now been extended and expanded for an additional year with 30,000 visas available following a long period of close working with the National Farmers Unions and the Association of Labour Providers, across all parts of the UK.

The government will also work together with industry to build on this year’s Pick for Britain campaign and actively promote the recruitment and retention of domestic seasonal workers in 2021. This year Pick for Britain helped to raise the profile of roles in the sector, encouraging UK based workers to take on seasonal jobs during the busy harvest months to help keep the nation fed.

In addition, Defra will lead a review into automation in horticulture, to begin in early 2021. The review will report on ways to increase automation in the sector and meet the government’s aim of reducing the need for migrant seasonal labour.

We will always back our farmers and growers, who work hard all year round to provide us with a secure supply of fruit and vegetables.

The measures announced today will provide vital labour, both domestic and from abroad, to our farmers and growers to help gather the 2021 harvest to feed the nation. Our review into automation will pave the way for a pioneering and efficient future for our fruit and vegetable growers.

This is welcome and positive news, not just for Britain’s growers but also for shoppers who want to enjoy home-grown fresh produce.

By expanding the Seasonal Workers Pilot, the Government is sending a clear message that it is important for Britain to be able to produce its own fruit and veg, which has huge potential for growth. This scheme will allow growers to employ seasonal workers at key times to pick a wide variety of fresh produce on British farms.

Farmers and growers play a crucial role throughout the year in providing fresh British quality produce for the public. We are determined to support our farming sector as we leave the EU, and to reduce the food miles of food in our shops as part of our wider commitment to the environment.

Extending this pilot for another year and expanding its size show that we are continuing to listen and respond constructively to our farming sector as they prepare for next year’s crop.

The Seasonal Workers Pilot opened in 2019 and was designed to test the effectiveness of our immigration system at supporting UK growers during peak production periods, whilst maintaining robust immigration control, and ensuring the welfare of participating migrant workers. It also provides a valuable source of labour for the UK’s fruit and vegetable growers helping to make sure that all that we grow in this country gets onto our supermarket shelves.

The UK Government has a long history of helping farmers and growers get the seasonal workers they need. Since the end of WW2, similar schemes for Seasonal Agricultural Workers have welcomed migrant workers into the UK – this latest iteration shows the government’s continued commitment to supporting the sector.