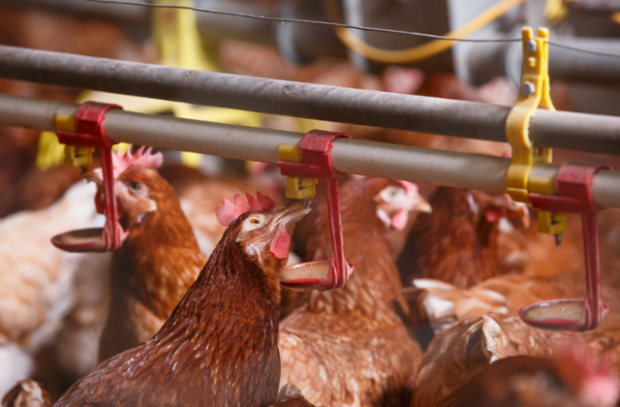 Avian influenza of the H5N2 strain was first confirmed in a small commercial premises in Kent where a 1km Low Pathogenic Avian Influenza LPAI Restricted zone has been put in place and all 480 birds on site will be humanely culled to limit the spread of the disease.

A separate and unrelated case of avian influenza of the H5N8 strain was later confirmed at a site in Cheshire and 3km and 10km temporary control zones were put in place and all 13,000 birds at the farm will be humanely culled. Further testing is underway to determine if it is a highly pathogenic strain and whether it is related to the virus currently circulating in Europe.

Public Health England have reassured that the risk to public health from the virus is very low and the Food Standards Agency advises that avian influenzas pose a very low food safety risk for UK consumers. Properly cooked poultry and poultry products, including eggs, are safe to eat.

Avian flu has been confirmed at a small commercial premises in Kent and a commercial farm near Frodsham in Cheshire. Immediate steps have been taken to limit the risk of the disease spreading and all remaining birds at these farms will be culled.

Public Health England has confirmed that the risk to public health is very low and the Food Standards Agency has said that bird flu poses a very low food safety risk for UK consumers.

Bird keepers should remain alert for any signs of disease, report suspected disease immediately and ensure they are maintaining good biosecurity on their premises.

We are urgently looking for any evidence of disease spread associated with these farms to control and eliminate it.

Avian influenza remains an uncommon infection in humans and the risk to the UK population remains very low – we will continue working with Defra and the local Health Protection Teams to monitor the situation closely.

Do not touch any sick or dead birds and make sure to wash your hands thoroughly with soap after contact with any animal.

We advise that, on the basis of the current scientific evidence, avian influenzas pose a very low food safety risk for UK consumers.

Detailed investigations are now in progress to determine the most likely source of the two outbreaks.

All poultry keepers are urged to protect their birds against avian flu by looking out for the signs and report any suspected cases immediately. For more information on how to help spot it and what to do if you suspect it, please check online guidance here.