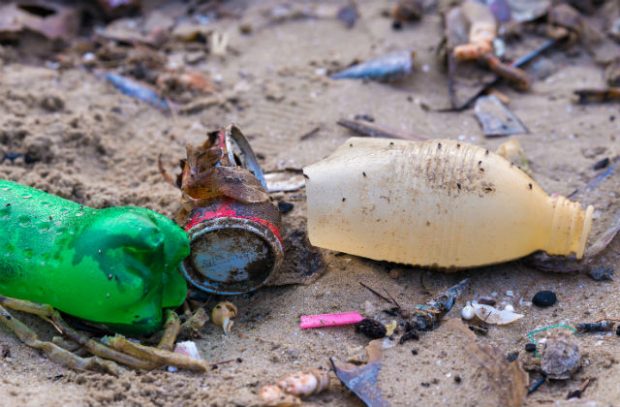 Today, research conducted by the Pew Charitable Trusts alongside Common Seas has received widespread coverage including in, the Guardian, the Times and Financial Times. The study concluded that there is likely to be three times more plastic waste in our oceans by 2040 and urged governments across the world to take action.

This follows research published earlier this week by Royal Holloway University of London, Natural History Museum and the Zoological Society of London looking at the volume of microplastics in the River Thames and its detrimental impact on wildlife. This research featured across national media, including the Independent, BBC News and Sky News.

Plastic pollution is a global problem and the UK is at the forefront of tackling the issue, conducting research and introducing world-leading legislation to help reduce the amount of plastic found in our natural environment and protect habitats.

The government has already consulted on introducing a new pioneering tax on any plastic packaging that doesn’t meet a minimum threshold of at least 30% recycled materials for April 2022, and through our landmark Environment Bill, we will introduce an Extended Producer Responsibility scheme for packaging so that producers pay the full costs of dealing with the waste they produce.

The UK is at the forefront of a global fight against the scourge of plastics, and we have already introduced a pioneering ban on microbeads in rinse-off personal care products and the 5p single use bag charge, which has taken 15 billion bags out of circulation – a reduction of 90 per cent.

The government continues to fund research into microplastics and is investing £20 million to combat plastic pollution and boost recycling. This is in addition to the £20 million for plastics R&D which was announced in March 2018, funded through the Plastics Innovation Fund. We have also opened a £4.7 million fund to drive innovation forward in designing solutions to increase recycling of hard-to-recycle plastics as well as textiles once they reach end of life.

From October, we will be implementing our landmark ban on plastic straws, stirrers and cotton buds – a significant step forward as we legislate our commitment to fighting plastic pollution through the Environment Bill.