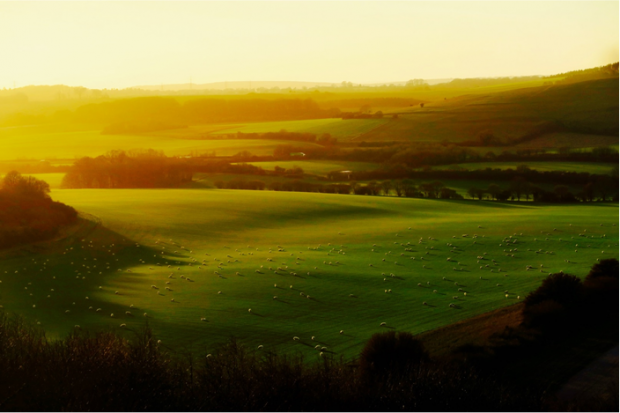 Today, the Agriculture Bill will return to the House of Lords for the next stage in its journey to becoming law.

The Bill sets out ambitious plans which will transform British farming by ensuring farmers are rewarded with public money for public goods, such as improving air and water quality and providing habitats for wildlife. At the same time, it will help to boost productivity and maximise the potential of land for producing high quality food in a more sustainable way.

Alongside the Bill, there has been speculation and misleading commentary about trade negotiations as we leave the EU and their impact on British farming including that animal welfare and food standards could be lowered, supermarkets could be ordered not to reveal where food has come from, and that pressures on farmers could mean they are forced into intensive farming methods. These claims are untrue.

The government has been clear that in all of our trade negotiations we will maintain our high environmental protection, animal welfare and food safety standards. We are a world leader in these areas and that will not change.

Any suggestions that the Agriculture Bill or trade negotiations will lead to lower animal welfare standards or an influx of low quality food are wrong.

At the end of the transition period, existing food safety, animal welfare, and environmental standards will be retained through the EU Withdrawal Act and form part of our domestic law. This includes existing import requirements.

Last week, the government also announced it will establish a Trade and Agriculture Commission, which will ensure that the UK’s trade policy fully considers our agricultural industry and our commitment to maintain our high standards.

We are on the side of UK farmers in trade negotiations and this government will work hard to ensure any future trade deals are in their best interests and will prioritise both food production and our world-leading environmental targets.

We will also ensure farmers are supported as we make a gradual transition away from the EU’s flawed Common Agriculture Policy, which simply pays farmers based on the total amount of land farmed, and replace it with a system where farming efficiently and improving the environment go hand in hand. Direct Payments will be phased out over a seven-year period, avoiding a cliff-edge for farmers and giving them time to adapt their businesses.

During this transition we will offer financial assistance to enable farmers to invest to improve their productivity, manage the environment sustainably and deliver other public goods. This will also help farmers to reduce emissions and cut waste, benefiting the environment.

"This government has been clear it will not sign a trade deal that will compromise our high environmental protection, animal welfare and food safety standards. We are a world leader in these areas and that will not change.

"We are on the side of UK farmers in trade negotiations, which is why we announced last week that we will establish a Trade and Agriculture Commission, which will help to ensure all of our trade deals work for our farmers.

"Chlorinated chicken and hormone treated beef are not permitted for import into the UK. This will be retained through the EU Withdrawal Act and enshrined in UK law at the end of the transition agreement.”

“The Agriculture Bill is just the beginning of our journey to deliver a once-in-a generation transformation in the way that we farm our land and produce the food that we eat.

“We will put our farmers and land managers at the heart of that journey. This Bill will allow us to support them by rewarding protection and enhancement of the environment, while enabling their businesses to prosper by continuing to produce outstanding British food and drink to be enjoyed in the UK and abroad.

“I am delighted to move this Bill forward and I look forward to working with parliamentary colleagues to move ever closer to writing it into law.”