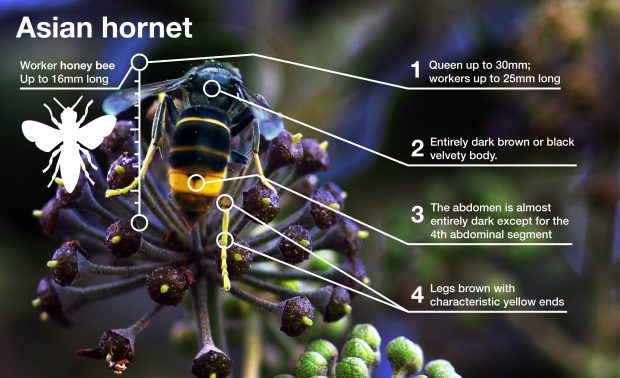 There is coverage in the Times and the Telegraph of Defra’s response to the Environmental Audit Committee’s (EAC) report into Invasive Non-Native Species (INNS) which is out today.

Coverage reports government is considering a ‘citizens army’ of volunteers to protect wildlife and slow the arrival of invasive species such as oak processionary moth caterpillars which can strip an oak tree bare.

Our response sets out that we are assessing the options to facilitate the expansion of current local action and that we will examine a similar approach that’s underway in New Zealand.

Invasive non-native species challenge the survival of some of our rarest species and damage our natural eco-systems, which is why we agree with many of the points the EAC raised.

We are absolutely committed to improving the country’s biosecurity even further. We are making notable progress towards eradicating nine invasive species from Great Britain, raising awareness of the need for strong biosecurity and maintaining an alert system to detect high-priority non-native species if they reach our shores.

You can read the government’s response to the Environmental Audit Committee’s (EAC) report into Invasive Non-Native Species (INNS) here.

Our 25 Year Environment Plan commits us to tackling invasive non-native species, including through:

- Developing plans to reduce the risk from all high priority pathways for invasive non-native species introduction into England.

- Working with partners to raise awareness of invasive non-native species and the need for strong biosecurity.