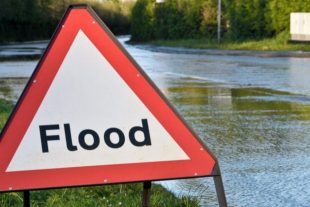 The Sunday Times is today (Sunday 23 February) running an article claiming the Environment Agency will rewrite its flood defence spending formula after “claims” it favours richer regions in the South at the expense of “poorer flood-prone areas” mainly in the north. The Sunday Times reports the Environment Agency will rewrite the formula to focus more on protecting people’s health, citing an internal report linking flooding to increased mental health issues.

The government is investing £2.6 billion to better protect the country from flooding, with our flood defence schemes on track to make 300,000 homes more flood resilient by 2021. Investment is targeted to ensure the greatest benefits to both people and property at risk can be delivered. Between 2010 and 2019, our flood defence investment in the north of England totalled £1 billion. Between 2010/11 and 2018/19, capital investment in flood defences was £3 billion, including £1.1 billion in the South, £1.0 billion in the North and £0.9 billion in the Midlands. In addition, in September 2019, we announced £62 million of additional funding for 13 flood risk management projects across the country, £56 million (90%) of which is for flood schemes in the North of England.

Funding is based on the economic damages avoided and the number of households that will benefit. A higher rate of funding is paid for homes in deprived areas, while taking account of local choices and priorities. The programme is built up of flood and coastal erosion schemes developed and promoted by local authorities, internal drainage boards and the Environment Agency in collaboration with communities. Regional Flood and Coastal Committees play a key role in bringing these schemes together, making local choices and agreeing the final programmes in their areas.

The government and the Environment Agency recognises the emotional distress that flooding causes to residents and business owners – no matter where they live. We understand the significant impact this can have on individuals alongside the physical and financial impacts, which is why the Environment Agency has conducted research with Public Health England on this issue. This research found that flooding can increase the chance of facing mental health problems such as stress and depression by 50%, and that a quarter of people who have been flooded still live with these issues at least two years after the event.

For this reason, we have been working to protect as many properties as possible, with over 1,000 Environment Agency staff mobilised on the ground to operate flood defences and temporary barriers since the start of Storm Dennis. Together with our permanent defences, we have protected nearly 25,000 properties from the ongoing impacts of Storm Dennis.

Later this year, the Environment Agency will publish its new floods strategy, setting out plans to prepare for and adapt to the risks that climate change is creating. The strategy will look at the total impacts of flooding on individuals and communities – including the impacts on mental health as well as structural damage to property and infrastructure, regardless of their location across the country.

“We invest where we can provide the greatest benefit to people and property at risk of flooding and coastal erosion.”

“We know climate change means extreme weather events like Storm Ciara and Dennis are more likely, which is why we are investing £2.6 billion to help protect communities from the threat of flooding.

“This investment is targeted to ensure it can provide the greatest benefits to people and property at risk of flooding, and give the best outcome for every pound that is spent. Later this year, we will publish our final floods strategy, setting out our plans for tackling, preparing for and adapting to the risks that climate change is creating.”