Sustainable fisheries enshrined in law as UK leaves the EU

Legislation creating the powers for the UK to operate as an independent coastal state and manage its fish stocks sustainably outside the EU is being introduced into Parliament today (29th January 2020).

The introduction of the Fisheries Bill delivers a legal guarantee the UK will leave the Common Fisheries Policy (CFP) at the end of the Transition Period, in December 2020 - allowing the UK to control who may fish in our waters, and on what terms, for the first time since 1973.

There is widespread coverage today of the announcement, with articles welcoming the legislation running across BBC News, Daily Telegraph, I News, Sky News, Reuters, and Fish Focus, amongst others. Fisheries Minister George Eustice also gave interviews this morning to BBC Radio Cornwall and BBC Radio Devon, highlighting the Bill’s importance and its impact on the future of fishing in the UK. The Guardian also reports that the automatic right of EU vessels to fish in British waters is to be ended under the Fisheries Bill, and that it is to ensure sustainable fishing and “climate-smart” fishing in UK waters. The publication includes stakeholder responses from Greener UK and Client Earth who argue that more should be done to ensure the sustainability of fish stocks.

Oceana, an environmental NGO, has also commented on the announcement, stating that the Bill would “make overfishing legal”. These claims, however, are simply not true. The Bill commits the UK to sustainable fishing and setting legally binding plans to achieve Maximum Sustainable Yield (MSY) for all fish stocks. The UK is seeking a fairer share of quota, as a proportion of the existing sustainable catch, not an increase in fishing pressure on fish stocks.

The Bill ends current automatic rights for EU vessels to fish in British waters. In future, access to fish in UK waters will be a matter for the UK to negotiate and we will decide on the rules that foreign vessels must follow.

As well as powers to implement new deals negotiated with the EU and other coastal states, set quotas, fishing opportunities and days at sea, the Bill includes new measures for Devolved Governments and a single set of UK-wide fisheries objectives to ensure that fish stocks, and the marine environment, are better protected.

Changes to funding rules enabling the UK government to provide financial support for the breadth of what is currently funded by the EU’s European Maritime and Fisheries Fund, such as training and port improvements, are also included in the legislation.

This new Fisheries Bill takes back control of our waters, enabling the UK to create a sustainable, profitable fishing industry for our coastal communities, whilst securing the long term health of British fisheries.

Leaving the EU’s failed Common Fisheries Policy is one of the most important benefits of Brexit. It means we can create a fairer system which will allow marine habitats to thrive, with new powers to support our fishing sector and conserve our wonderful Blue Belt at home and abroad.

The Fisheries Bill gives us the powers to implement our own independent fisheries policy, improve our marine habitats and make decisions based on the health of our fish stocks not vested interests.

For many people in coastal communities, taking back control and leaving the Common Fisheries Policy is at the heart of getting Brexit done, and this Bill delivers for the environment, fishermen and the Union.

The central purpose of the Bill is to give UK Ministers powers to manage UK fisheries after we leave the Common Fisheries Policy. We very much welcome that.

New provisions in the Bill also mean  the UK will take into account climate change impacts on its fisheries, with a new objective to move us towards ‘climate-smart fishing’ in UK waters. A new legal requirement for all fish stocks to be fished at sustainable levels is also at the heart of the Bill - delivering on the government’s manifesto commitment to ensure there will be sustainability plans for each fish stock.

You can learn more about the Bill here.

The Environment Secretary has urged the public to support the newly launched Great British Spring Clean (GBSC) as thousands of volunteers have already signed up to hundreds of litter picking events across the UK.

As reported today in the Daily Mail, the National Trust has urged its 5.5 million members to back the newspaper’s campaign which is being organised by charity Keep Britain Tidy.

Well done to the Daily Mail and Keep Britain Tidy for once again rallying communities to get out and tackle the scourge of littering.

Litter damages our natural environment and our wildlife, can hold back economic success in our town centres and spoils our public parks and green spaces. We know it’s a real problem in people’s everyday lives, which is why we’re working with KBT on our national ‘Keep it, Bin it’ awareness campaign.

Last year’s Spring Clean was a huge success and it was wonderful to see the enthusiasm at the Parliamentary launch earlier this week. I’m sure people up and down the country will step up again to make this year even better. Join me in signing up to take part and spare a few hours and do your bit to help our precious environment.

The campaign was launched in Parliament last week where both the Prime Minister and the Environment Secretary voiced their support and met with the GBSC’s Womble mascot. The Daily Mail reported that over 20,000 subsequently signed up to the Spring Clean, with thousands more lending their support since.

Both our Resources and Waste Strategy and Litter Strategy for England set out our plans to reduce litter and plastic pollution and move towards a more circular economy.

We have given local authorities the power to almost double maximum on-the-spot fines for littering to £150 and councils have been empowered to introduce penalty charge notices to target owners of vehicles from which that litter is thrown - addressing the challenge they currently have of proving who is responsible for dropping roadside litter.

The Litter Innovation Fund, launched in 2017, has also made nearly £500,000 available to councils and others to pilot and test small-scale innovative approaches to reducing litter. 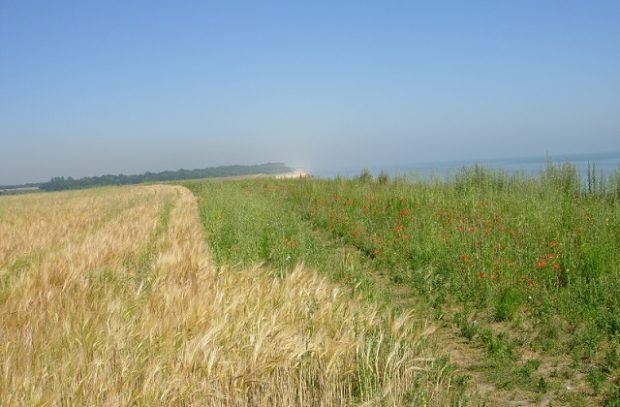 There is positive coverage in Eastern Daily Press today (29 January) of Natural England’s latest proposals to improve access along the English coastline from Aldeburgh in Suffolk to Hopton-on-Sea which takes in iconic seaside towns and touches the most easterly point of the British Isles.

Natural England today has also published proposals for a path from Wallasea Island to Burnham-on-Crouch in Essex, where walkers will be able to enjoy the estuary of the River Crouch, dominated by muddy shorelines, saltmarsh habitats, clay walls and long tidal reaches.

The routes will form part of the England Coast Path – the 2,700 mile long distance walking route and England’s newest National Trail currently being developed around the entire English coast by Natural England.

“This stretch of the England Coast Path around the Suffolk Coast offers walkers the opportunity to explore 155 miles of unspoilt landscape including wildlife-rich estuaries, ancient heaths and windswept shingle beaches.

“We would encourage anyone with an interest in the coast path to take the opportunity to respond to our proposals, and we look forward to hearing people’s views.”

“I am delighted to be publishing today our sixth set of proposals for the England Coast Path in Essex. Once established, the trail will give people an opportunity to enjoy the unique nature, landscape and history that this part of the coast offers.

“We would like to thank everyone for their time and input in to this process so far. Over the next eight weeks, we are inviting all organisations, farmers, local residents, visitors and businesses to have their say. It’s important that all responses are taken into account, and we look forward to hearing people’s views.”

There is now a period of eight weeks for the public to have their say on the Aldeburgh in Suffolk to Hopton-on-Sea and Wallasea Island to Burnham-on-Crouch proposals.