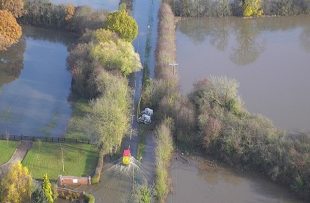 There has been coverage today in The Yorkshire Post and Farming UK of the opening of the government’s £2 million Farming Recovery Fund.

From today farmers who suffered uninsurable damage during November’s floods will be able to apply for grants of up to £25,000 to cover a number of repair costs, including removing debris, re-cultivation and replacing damaged field gates.

The Farming Recovery Fund is open for applications from farmers with affected land in parts of South Yorkshire, Gloucestershire and the Midlands. Affected farmers in these areas are being encouraged to check GOV.UK to see if they are eligible to claim.

I saw first-hand the impacts of this devastating flooding myself when visiting farmers in Lincolnshire in November. I am delighted we’ve been able to extend our Farming Recovery Fund to cover farmers in parts of South Yorkshire, Gloucestershire and the Midlands who were hit with unpa greerecedented weather last year.

This scheme, coupled with the other measures we’ve announced, will help farmers get back on their feet.

Coverage of court sentences for fly-tipping 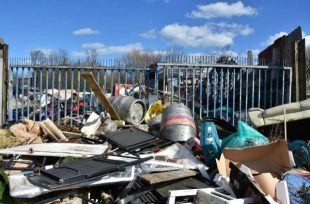 On Saturday, a press release from the Local Government Association (LGA) was carried in a number of newspapers, including the Guardian and Yorkshire Post, reporting that just five per cent of court-imposed fines for fly-tipping in the past six years were over £1,000, with incidents rising by 50 per cent in the same period.

The LGA have subsequently called on the government to ensure tougher fines are handed to fly-tippers and update sentencing guidance to deter people from fly-tipping.

Anyone who harms the environment can face fines of up to £50,000, and the most serious offences can result in prison. It is important to note that sentencing for individual cases is a matter for the courts, and sentencing guidance is provided by the Sentencing Council.

We have also introduced new financial penalties to crack down on fly-tipping, with local authorities and the Environment Agency now having the power to issue penalties of up to £400 to householders who fail to pass their waste to a licensed carrier and whose waste is then found fly-tipped. Two thirds of fly-tips involve household waste, so our intervention will help address the main source of fly-tipping.

Fly-tipping is an unacceptable blight on our environment. We’re cracking down on it. We have given local authorities greater powers to tackle this behaviour by issuing on-the-spot fines to offenders as well as introducing new fixed penalty notices of up to £400 for householders who pass their waste to a fly tipper.

Our action against fly-tipping is delivering results, with total fines increased by 29 per cent to over £1 million. But I am clear that more must be done to stop these criminals. That is why our Resources and Waste Strategy includes a commitment to strengthen sentencing for fly-tipping.

As outlined in our 2018 strategy, Defra will work with the Sentencing Council to ensure the Environmental Offences Definitive Guideline is kept under review, and we will also increase magistrates’ awareness of the prevalence of waste crime and work with the Judicial Office so that magistrates are effectively trained in the Environmental Offences: Definitive Guideline on sentencing, which should result in tougher sentences for environmental crimes including fly-tipping.

The Resources and Waste Strategy also includes a commitment to develop a fly-tipping toolkit, which provide guidance to local authorities on how they can set up and run an effective fly-tipping partnership and how to present robust cases to court to ensure tougher penalties. 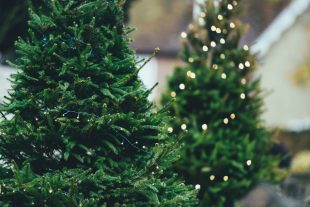 On Saturday we revealed how households and businesses can help the environment by recycling or reusing their real Christmas tree as the festive period comes to an end.

Upwards of eight million real trees are purchased every year, which if not recycled or reused, can end up in landfill which is bad for both the taxpayer and the environment. If all eight million trees were landfilled, this would cost around £22 million.

Our tips on how to keep or dispose of your tree were carried by both print and broadcast media, including in the Daily Mirror, The Sun and the Yorkshire Post.

Millions of families around the UK celebrated Christmas with a beautiful Fir or Spruce tree in their home, but when the decorations are taken down, it’s important that we dispose of trees sustainably.

If you have a tree with its roots still attached, then replanting your Christmas tree is a great way to reduce your carbon footprint and help our efforts to plant more trees. But if replanting is not an option, make sure to check what collection and recycling services are available where you live. Alternatively, if you have a compost bin or heap, then you could break up your tree and add it to the compost.

If, however, you have an artificial tree, then make sure to look at ways of keeping them for future Christmases so they don’t end up in landfill where they can take centuries to decompose.

By using local authority recycling or third party ‘treecycling’ services, real trees can be turned into chippings for pathways or used as flood barriers.