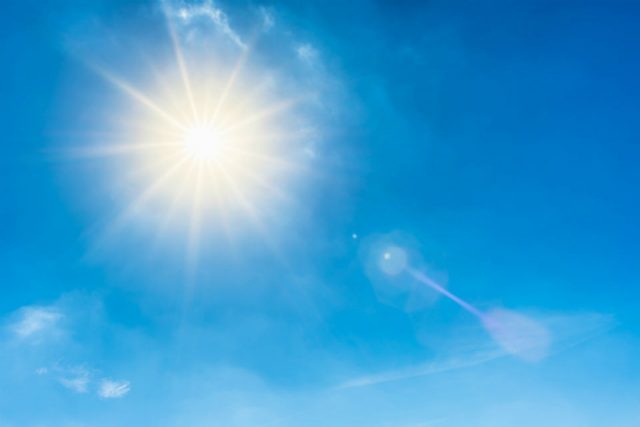 Data from the Met Office showing that record temperatures in 2019 have concluded a decade of high temperatures has been covered by the Guardian, BBC News, and the Evening Standard, with Emma Howard Boyd, Chair of the Environment Agency, being interviewed on BBC Radio 4 Today (7:52).

With the last decade holding eight high UK temperature records - compared with just one low temperature record - and the UK holding the UN Climate Change Conference (COP26) in Glasgow in November, Emma Howard Boyd called for a decade of climate action to reduce emissions and adapt to climate change:

We have to take real notice of the data we’re seeing. That means not just focusing on reducing our emissions, but putting a lot of focus on adapting to the physical risks of climate change. We’re seeing devastating impacts all around the world including in this country.

I’ve spent much of the last couple of months visiting communities up and down the country where we’ve seen flooding, and I know from the conversations that I’ve had with people who have had to leave their houses how disruptive this can be, and we need to make sure we’re preparing for the climate change that we’re beginning to see.

With the UK already seeing the effects of the climate emergency through hotter, drier summers and warmer, wetter winters, the threat of flooding and the rate of coastal change will increase significantly. Howard Boyd explained how the Environment Agency’s long-term Flood and Coastal Risk Management Strategy sets out a long term plan for tackling, preparing for, and adapting to the additional risks that change will bring:

We know that flood defences are an important part of the range of solutions that we have, but we need to make sure that we look at the whole catchment from a rainfall perspective, and we need to look at nature-based solutions. We need to look at how we better protect houses, how we build back better. And ultimately, we may need to have a conversation with communities over time about building back to better places, with the changing climate change we’re starting to see.

Since 1990, the UK has performed better at reducing emissions than any other nation in the G7 on a per person basis. And in November 2020, the Government will host the COP26 in Glasgow, bringing together over 30,000 delegates from around the world, including climate experts, business leaders and citizens to agree ambitious action to tackle climate change.

Responding to the Met Office data, a Government spokesperson said:

Tackling climate change is a national priority and we are determined to address it. We were the first major economy to set out a legally-binding target to eliminate our contribution to climate change by 2050, and are the fastest in the G20 to decarbonise since 2000.

Since 1990, we have reduced our emissions by over 40 per cent while growing the economy by over two thirds. But we are determined to do more to increase the momentum and drive ambitious action both in in the run up to and at this year’s COP26 talks in Glasgow.