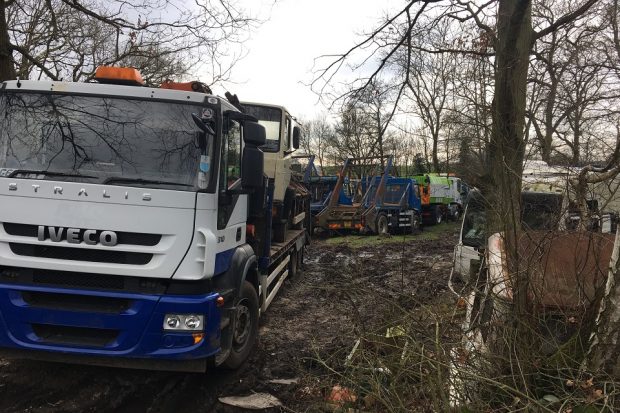 There is coverage in the Portsmouth News of Natural England’s successful prosecution of a Hampshire landowner who ran an illegal scrap metal dealership on a Site of Special Scientific Interest (SSSI), protected for its value to wildlife.

Christopher Ball we fined £3,600 and ordered to pay £30,000 in costs after pleading guilty to conducting unauthorised operations likely to damage the site.

Mr Ball, who bought a meadow on the Odiham Common with Bagwell Green and Shaw SSSI in 2014, was prosecuted by Natural England after failing to notify them of his plans to undertake activity that is restricted on the sensitive wildlife-rich site. Site inspections revealed that vehicles, vehicle parts and tyres, construction waste, pallets, felled branches and a bonfire site were all on the site and vehicle fluids were leaking into the soil.

It is alarming to see a landowner showing such complete disregard for a protected site in their care. I am pleased that this responsibility has been recognised by the courts.

When we find cases of damage, such as this, in some of England’s most important and precious countryside, we will take enforcement action and, if necessary, prosecute those responsible. We take our role as a regulator seriously. Our aim now is to work with the owner to re-establish the site and avoid damage to the SSSI in future.

The SSSI, which is located between Basingstoke and Aldershot, comprises nearly 130 hectares of wood pasture, rare grassland habitats, meadows and common land at the junction of the London Clay, Plateau Gravel and Lower Bagshot Beds on the edge of the Thames Basin. The Common was formerly used by Edward the Confessor as a hunting ground before being developed into the land which is seen today, predominantly oak trees, but with isolated patches of meadow.

The site is home to 39 ancient woodland species such as woodruff, early-purple orchid, wood spurge and Solomon’s-seal, as well as nationally rare deadwood invertebrates, reptiles, and birds such as woodcock and wood warbler.

Natural England has since taken action to clear the site. 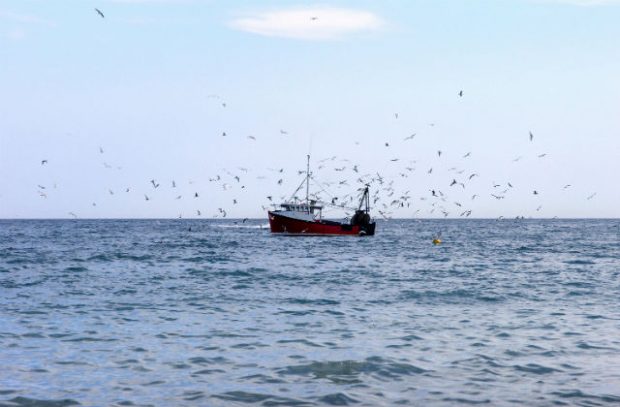 There has been national coverage today in BBC News, the Independent, the Guardian and Express on the conclusion of the annual ‘December Council’ fisheries negotiations in Brussels. There has also been significant coverage in Scottish media outlets, such as the Scotsman, the National and STV. The Fisheries Minister George Eustice was also interviewed yesterday by BBC Radio Cornwall, a recording of which was featured on a number of regional BBC radio stations.

The articles focus on the main conclusion of the talks and analyse what the decision means for the future of the UK fishing industry and for the sustainability of UK and international fishing more broadly.

In a year where scientific advice showed concern for the health of fish stocks in many areas, significant cuts in cod quotas were agreed in the Irish Sea, West of Scotland and the Celtic Sea. The ‘December Council’ negotiations were the last to be attended by the UK before it becomes an independent coastal state.

Ahead of and during the negotiations, the UK delegation held detailed discussions with the Devolved Administrations, industry and environmental NGOs. The UK delegation was led by the Fisheries Minister George Eustice and also included the Scottish Government’s Cabinet Secretary for Rural Economy Fergus Ewing, Welsh Government’s Minister for Environment, Energy and Rural Affairs Lesley Griffiths and representatives from Northern Ireland.

This year there has been some very challenging science for cod stocks in many parts of the North East Atlantic and we have responded to conserve stocks.  I know that some of the quota reductions will be very difficult for some sectors of the industry and there has been considerable debate this year about the importance of by catch allowances to support the delivery of the discard ban.  However, we also know that to protect the profitability of fisheries in the future, we must fish sustainably today.

Some of the problems have been exacerbated by the fact that the EU's outdated method for sharing quota between member states means that the UK gets a very small share of the cod in our own waters.  As we leave the EU and become an independent coastal state, we will be in a position to address the unfairness that is inherent in the Common Fisheries Policy.