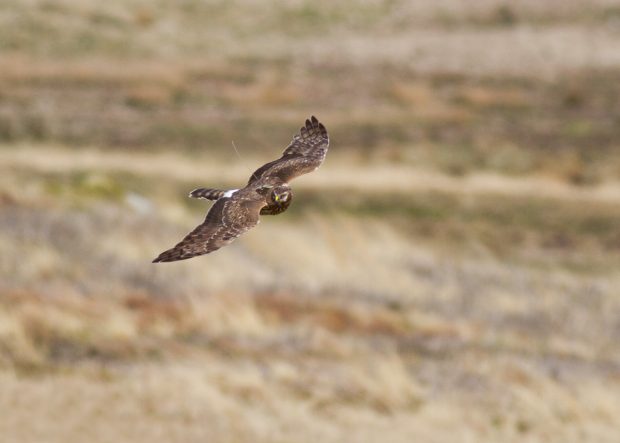 There is coverage running in the Telegraph today (17 October) of the recent disappearance of a second hen harrier in North Yorkshire. The local police have requested that people with any information should contact them by calling 101.

The police have confirmed that the birds were part of the brood management trial.

We are extremely concerned by the unexplained disappearance of these young hen harriers.

Restoring the hen harrier population to favourable conservation status across their entire range is one of Natural England’s key objectives, so any loss from such a small population is significant.

The brood management licence permits the removal of hen harrier eggs and/or chicks to a dedicated hatching and rearing facility, where chicks are hand-reared in captivity, before being transferred to specially-constructed pens in hen harrier breeding habitat, from which they are then re-introduced into the wild in the uplands of northern England. This intervention may only occur where hen harrier nests have reached an agreed density. The licence for the first two years of the trial has ended. Any decision to renew this licence will take into account the results to date.

Brood management is the sixth action within the Defra Hen Harrier Recovery Plan, ultimately aiming to reduce hen harrier predation of grouse chicks on driven grouse moors, leading to an improvement in the conservation status of hen harrier.

Natural England is taking a number of steps to support rare and endangered bird species in the UK including licensing the reintroduction of white-tailed eagles, and issuing a licence for the collection of curlew eggs from RAF airbases.