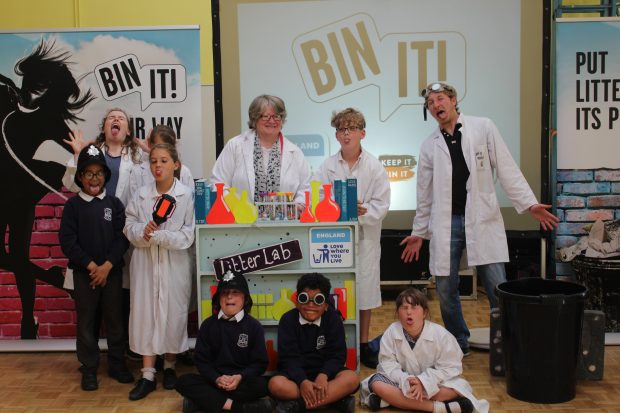 The Bin it! tour, developed by Mars Wrigley Confectionery, encourages young people to work together to make a lasting change to their local area by helping to play their part in tackling litter.

Mars Wrigley Confectionery is a partner of Defra’s and Keep Britain Tidy’s ‘Keep It, Bin It’ national anti-littering campaign. Launched in November 2018, the campaign aims to make littering culturally unacceptable in a generation by demonstrating the impact that littering can have on the environment.

It’s fantastic to see pupils at Langer Primary School being inspired by the Bin It! Roadshow to tackle litter.

There is no place for litter in our communities. Through our ambitious ‘Keep it, Bin It!’ anti-litter campaign we are working with partners such as Mars Wrigley Confectionery to ensure all generations work together to call time on litter and protect our precious environment.

Litter is one of the most visible examples of how we are damaging our environment, wherever we live, and showing children and young people the impact that litter has is a simple and effective way to get the message across.

The Bin it! tour and the national ‘Keep it Bin it!’ campaign are both vital parts of the drive to educate the next generation so that they do a better job of looking after our environment than we have. 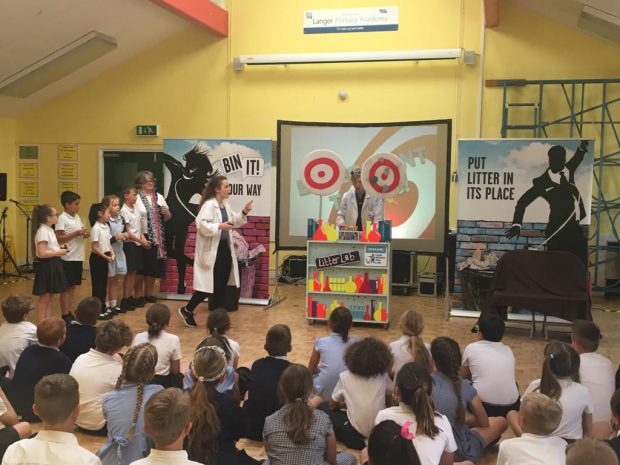 The Bin it! team of actors engages and educates young people to make positive choices about litter and urges them to take pride in their community. Evaluation of the last Bin it! tour showed that 82% of students reported that the show increased their knowledge of littering issues.

The tour links into Defra’s national Litter Strategy for England, which sets out how government will work to clean up the country, change attitudes towards littering including helping to ensure that young people receive consistent messages about litter, and strengthen enforcement powers.

Bin it! has been an incredibly successful programme to date and we are delighted to have reached almost 200,000 pupils across the UK since it began in 2006.

We hope that its success will continue to grow as we reach out to even more young people, reinforcing our messages around littering and urging children to take pride in and look after their local communities and environments.

The government is committed to calling time on litter. Last year we doubled the maximum on-the-spot penalty for littering, gave councils new powers to tackle littering from vehicles, and have made £450,000 funding available through our Litter Innovation Fund to pilot new ways to tackle littering.

Find out how you too can get involved with our national anti-litter campaign. We are also keen to hear from commercial and charitable organisations that are interested in joining our campaign. Simply email our partnerships team at Litter@defra.gov.uk to express an interest.

More information on the Bin it! programme can be found here.