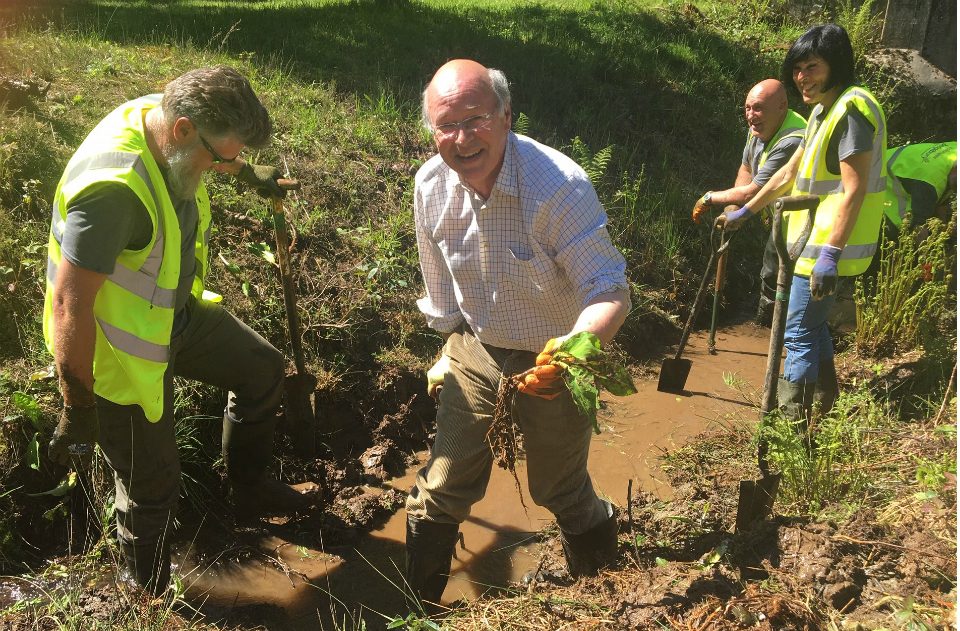 This week, we are celebrating the fifth annual Invasive Species Week, which seeks to promote simple steps to stop the spread of invasive species which threaten Britain’s plants and animals. One example which has received coverage on BBC South East Today and Horticulture Week is American skunk cabbage.

American skunk cabbage is a colourful plant posing a difficult challenge at Bedgebury National Pinetum and Forest, where it is now blocking drainage channels. It was first recorded in the wild in 1947 and was originally introduced to the UK from Western North America as an ornamental plant in 1901. Since then it has spread across Britain, particularly in southern and western areas.

Biosecurity Minister Lord Gardiner visited the area yesterday (Tuesday, 14 May) to see first-hand how it has impacted on the woodlands. He then assisted Forestry England and volunteers in digging out this invasive non-native plant.

Last week, the UN’s Intergovernmental Science-Policy Platform on Biodiversity and Ecosystem Services report showed nearly a million species are in danger of extinction and tackling invasive non-native species can make a difference for the UK’s native fauna and flora.

The government is taking strong measures to ensure non-native invasive species are not allowed to become established in the UK and stopping the spread of those already here – this is critical to tackling wider environmental threats such as biodiversity loss, climate change, food security and our resilience to flooding.

Tackling invasive non-native species is important for protecting our country’s native plants and animals and is vital for safeguarding our environment, economy and health. Meeting this threat will help us to be the first generation to leave the environment in a better state than we found it.

The work here at Bedgebury National Pinetum and Forest by Forestry England staff and volunteers is making a vital difference to remove a non-native invasive species. I would like to take this opportunity to thank all those involved. 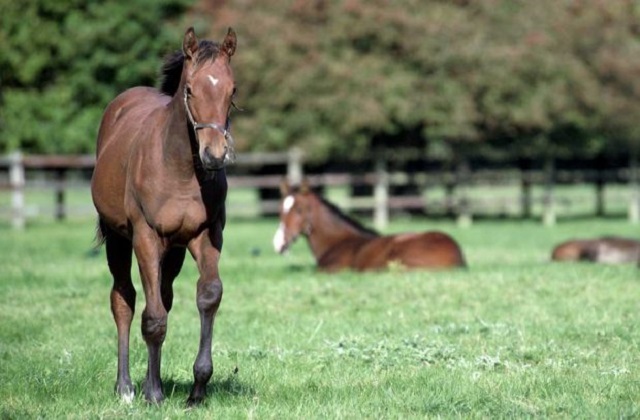 Yesterday (14 May), Minister Rutley met with the British Horseracing Authority (BHA) CEO Nick Rust, its Director of Equine Health and Welfare, David Sykes and Barry Johnson, who has been appointed as the independent chair of the new Horse Welfare Board, to discuss animal welfare and the future of the sport in England.

In a constructive meeting, it was recognised that the fatality rate in racing rose in 2018 for the first time in recent years, while the Grand National in 2019 experienced its first fatality in seven years. Whilst these fatalities remain at less than 1% of the total number of racehorses, both sides agreed that further action is required to make the sport safer and to improve animal welfare standards across the industry.

The Minister recognised the industry’s recent reforms in this area, including the establishment of a new Horse Welfare Board. Formed in March 2019, this includes members from across the racing industry, parliamentarians, veterinarians and animal health and welfare experts.

The Board is focused on reducing all avoidable harm for racehorses and working to produce an equine welfare manifesto, outlining the industry’s priorities in this area.

The Government will stay in regular contact with the industry and continue to press for improvements on welfare. While there is an element of risk with any sport, it is critical that the industry is doing all that it can to make the sport safer.