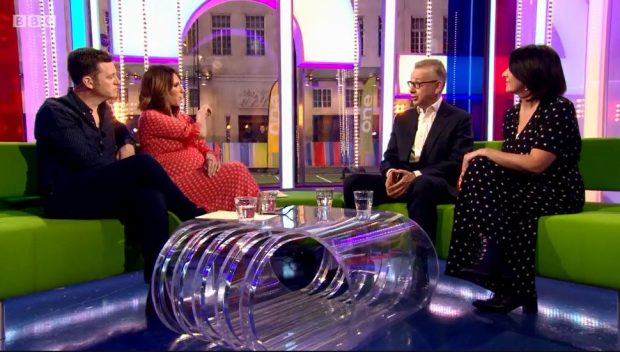 Last night, Environment Secretary Michael Gove appeared on The One Show on BBC1 to talk plastics with the show’s environment reporter, Lucy Siegle. The episode was a follow-up to The One Show’s plastics special which ran just over a year ago.

The Programme also featured a number of ‘plastic heroes’ who have reduced plastics in their lives including eight year old Violet Wiecek from St. Bedes Primary School in County Durham - the first school in the North East to go plastic free after signing a pledge. The programme also featured a short video of a factory in Wales making paper straws for McDonalds to replace plastic alternatives.

The Environment Secretary gave an update on government plans to overhaul the waste system to drive-up recycling and cut plastic waste. These include plans for consistent recycling for every household, a Deposit Return Scheme for cans and bottles, and Extended Producer Responsibility to make manufacturers pay the full cost of their packaging waste.

On introducing a Deposit Return Scheme, the Secretary of State said:

[Our consultations] are a way to make sure that when we actually introduce a bottle return scheme that it works. There are different debates, different countries have different models. Should it just be the case that it’s on the go bottles, or would we extend it so it’s an all in scheme so that every type of bottle and can can be effectively returned.

All in I think is probably the answer. But we need to listen, because the way we consume drinks in this country is slightly different from other countries – we just have to get it right.

The Secretary of State also discussed government plans to make manufacturers pay the full cost of dealing with their packaging waste:

It will cover 100% of the cost of the packaging that manufacturers are responsible for. The phrase is ‘extended producer responsibility’ and the aim is that if you’re a manufacturer you pay the full cost of cleaning up your own rubbish.

There’s still time to have your say in the government’s consultations on a Deposit Return Scheme, consistent household recycling, and Extended Producer Responsibility. The consultations close on 13 May 2019.