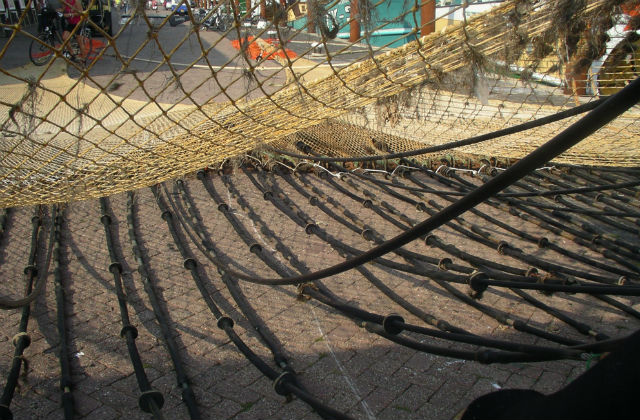 Fisheries Minister George Eustice announced yesterday that EU vessels will no longer be able to carry out electric pulse fishing in UK waters after Brexit.

Pulse trawling is a controversial fishing method that uses electrical signals to drive flat fish, such as sole, from the seabed into nets. It was banned by the EU in 1998, but has been allowed under an EU derogation since 2006. Currently over 80 Dutch vessels hold permissions to use this method of fishing in certain parts of the southern North Sea, including in UK waters outside the 12-mile zone.

Legislation laid yesterday (Wednesday 13 February) means the current derogation for EU vessels will be removed, prohibiting them from conducting pulse trawling in UK waters after Brexit.

Speaking on BBC Radio 4’s Farming Today this morning Tom Brown of the Thanet Fishermen’s Association praised the announcement and what it means for the protection of our fish stocks.

The ban comes as the UK prepares to leave the Common Fisheries Policy and become an independent coastal state, committed to building a sustainable and profitable fishing industry and delivering a green Brexit with new protections for our precious marine environment.

There are serious concerns about pulse fishing and it is wrong that the EU has allowed it to happen.

We will stop EU vessels pulse fishing in UK, safeguarding our marine environment and keeping our seas sustainable for future generations.

Fungi sites to be protected for future generations

There has been further coverage in the Times, Telegraph, Daily Mail, Belfast Telegraph and Birmingham Live of the notification by Natural England of two Sites of Special Scientific Interest (SSSIs) due to the rare diversity of fungi.

Down Farm in Dorset and The Leasowes in Halesowen have both been notified and consultations are open for comments on these decisions.

A local mycologist – a specialist in fungi - with 20 years’ experience monitoring the waxcaps in The Leasowes produced data that, along with complementary information from a new environmental DNA technique, helped to enhance the case for the SSSI designation. This technique was developed at Aberystwyth University and used for the first time at the site near Birmingham.

I think that this is a world first for eDNA to contribute to an SSSI notification. We predicted, from soil eDNA, where species of waxcaps not previously seen fruiting at Leasowes were located, and several of these were found in subsequent mushroom surveying. I hope that use of eDNA in this way will be a great boon to nature conservation in the future, for other biota as well as fungi.

SSSIs protect the very best examples of our precious natural heritage and wildlife for the future. Natural England plays a pivotal role in designating these sites, monitoring and reporting their condition and advising landowners on their management.

These notifications take the total number of English grassland SSSIs selected for fungi up to four. The Joint Nature Conservation Committee has recently published new guidelines for the selection of SSSIs for fungi which were used for the first time in the selection of these sites.

There are very few grasslands in the whole of England that support such a spectacular array of fungi. This reflects the great antiquity of the grassland at The Leasowes, all the more remarkable for its proximity to the Birmingham conurbation.

As well as the colourful waxcap mushrooms, the site is also important for its fairy club fungi and earth-tongues. It’s great to know that this site and its wonderful fungi will be preserved for current and future generations to enjoy.

It is just brilliant to see two more English SSSIs notified for their spectacular and enigmatic waxcap grassland fungi, which are in general decline right across Europe.

It is especially encouraging and uplifting to note that these designations have occurred so soon after the publication of the new guidelines for selecting such important fungal sites.