Coverage of a recent media visit to see UK Government-funded work to protect the forest elephant in Gabon, Africa, was published by Daily Mail, the Guardian and the Times over the weekend.

The counter-poaching ranger training project is funded by Defra and delivered on the ground by the British Army.

In the Guardian it is reported that in west Africa, more than two-thirds of the forest elephants have been killed in the last decade, ranging from 95% in the Democratic Republic of Congo to 30% in Gabon.

The Illegal Wildlife Trade is a serious criminal industry, estimated to be worth between £7bn and £17bn a year. The work to strengthen enforcement action in Gabon will help to reduce the threat of extinction to species such as the forest elephant and the damage being done to economic growth and sustainable development in the region.

Wildlife crime does not respect borders. We must share skills and expertise worldwide. The Gabon enforcement project demonstrates the global leadership we set out in the 25 Year Environment Plan. We are introducing one of the world’s toughest bans on ivory sales and will host the next international Illegal Wildlife Trade conference in London later this year.

The BBC’s World Affairs Editor, John Simpson recently reported that efforts to help protect elephants in their natural environment was starting to produce results. The BBC reports that increasing international action to clamp down on the trade in ivory has led to a dramatic drop in the price of elephant tusks. The UK Government has proposed the toughest ban on the sale of ivory in the EU and one of the toughest in the world, and primary legislation will be brought forward shortly. 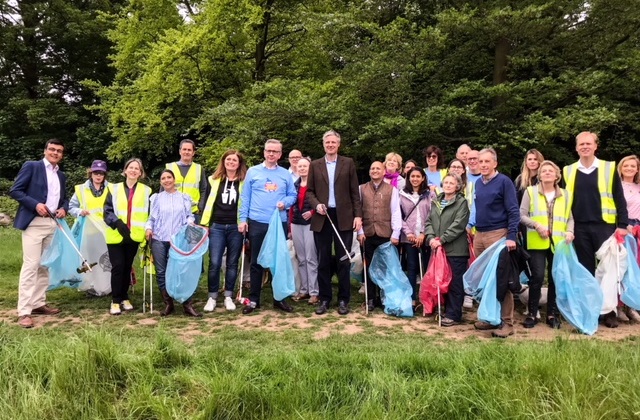 There was positive coverage in the Daily Mail this weekend of more than 12,000 volunteers up and down the country taking part in over 1,000 litter picks for first ever Great Plastic Pick Up.

The campaign, organised by the Daily Mail and Keep Britain Tidy, encourages communities, schools, families and individuals to get together to pick up plastic litter from streets and green places.

Prime Minister Theresa May and Environment Secretary Michael Gove were among the high-profile people who picked up a litter picker and got involved. The event was also supported by Sir David Attenborough, Chris Packham, Kirstie Allsopp and Julia Bradbury.

Joining a pick up at a school in her Maidenhead constituency, the Prime Minister said:

Thanks to the Mail and Keep Britain Tidy, thousands of people will be out at events like this, making a real difference by collecting plastic from streets, parks and public spaces.

We all have a part to play to tackle the scourge of plastic waste, which is not only having an impact in our towns and countryside but is also clogging up our oceans.

Speaking at a pick up in Richmond Park, Environment Secretary Michael Gove said:

I commend the Daily Mail and Keep Britain Tidy on their Great Plastic Pick Up to turn the tide on plastic.

Litter is a blight on society and chokes our rivers, marine environment and wildlife. It is only through government, businesses, and the public working together that we will tackle plastic waste and safeguard our environment for the next generation.

I encourage everyone who can to spare a few hours and make a real difference in their community. 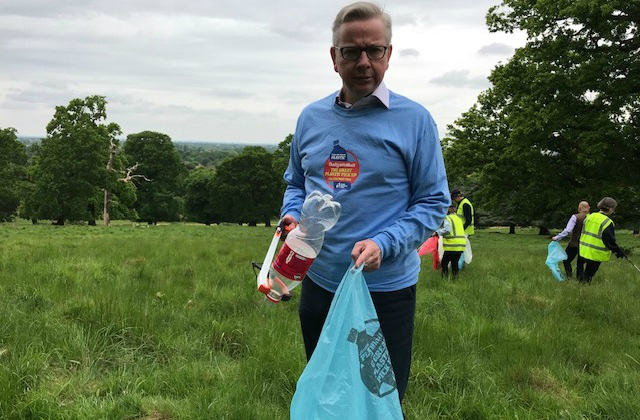