There was positive coverage on Saturday’s BBC Radio 4 Today programme of efforts to curb the global trade in ivory.

The report states the price of a kilo of ivory has decreased by 88 percent in six years – a drop which led Simpson to say: ‘soon it may not be worth the poachers while to kill the elephants and local communities will benefit from greater tourism.’

We announced last month the UK will introduce one of the toughest bans on ivory sales in the world after publishing our response to a consultation which received more than 70,000 replies.

Ivory should never be seen as a commodity for financial gain or a status symbol, so we will introduce one of the world’s toughest bans on ivory sales to protect elephants for future generations.

The ban on ivory sales we will bring into law will reaffirm the UK’s global leadership on this critical issue, demonstrating our belief that the abhorrent ivory trade should become a thing of the past.

Tackling the scourge of wet wipes in our waterways

There has been national coverage in recent days of the UK Government’s ambition to eliminate single-use plastic waste, with some media suggesting the Government is planning on ‘banning’ wet wipes. Today there has been further coverage in the Independent following concerns from parents on the potential impact of a ‘ban’.

While eliminating single-use plastic waste is one of the Government’s top priorities as outlined in our 25-year Environment Plan, we have not announced plans to ban wet wipes.

We have always been clear our ambition to eliminate single-use plastic waste can be reached in a number of ways. While this does include banning some plastic sources for which there is an alternative, such as our microbeads ban, it also means working closely with industry to reduce the amount of plastic packaging, or changing shopping patterns, such as through our 5p plastic bag charge.

To prevent wet wipes entering our waterways and damaging our marine environment, we are working with the water and manufacturing industries to better understand which types of wet wipes are involved in sewer blockages, and improve labelling of wet wipes so the public understand what and what cannot be flushed.

But we also want to tackle the amount of plastic in circulation in the first place, which is why we are also encouraging innovation so that more and more of these products can be recycled. We will continue to work with industry to support the development of alternatives, such as a wet-wipe product that does not contain plastic

Through our 25 Year Environment Plan we have a clear commitment to eliminate all avoidable plastic waste. There are a number of ways we can reach this ambition, including banning plastic items – as we have done with our microbeads ban – but also by working with industry to find suitable alternatives or encouraging behaviour change.

Our focus for wet wipes is to work with manufacturers and water companies to develop a product that does not contain plastic and can be safely flushed. We are also continuing to work with industry to make sure labelling on the packaging of these products is clear and people know how to dispose of them properly.

The UK is proud to be a world leader in the drive to reduce plastic pollution in the oceans. The UN environmental chief Erik Solheim today praised Defra’s efforts, stating “the Government of the UK are taking the global lead on plastics”. 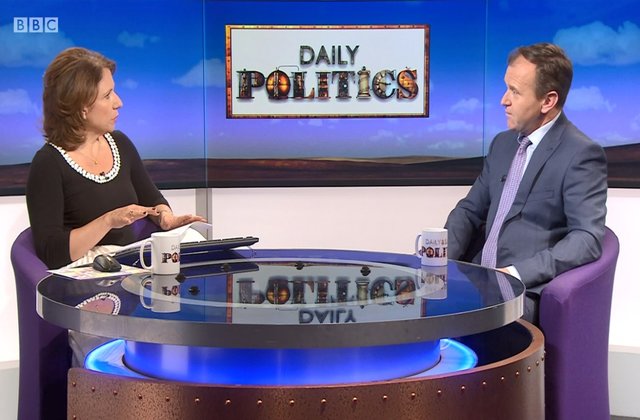 Today, Minister Eustice appeared on BBC’s Daily Politics to speak about our farming consultation, which closes at 11.45pm evening. We have received over 40,000 responses so far, but there are still a few hours left to respond here.

This is a once in a lifetime opportunity to shape the future of our farming industry and create new policies outside the EU that work for the UK. We are pleased that so many different groups and individuals have had their say, and we are keen to hear from as many people as possible in developing our new approach.

The Minister was clear that we want to move away from the system we have at the moment where farmers are paid based on how much land they own or control. Instead, we want farmers to be paid for the work they are doing to protect the environment. That could include infrastructure improvements (for example in the way they manage slurry), better crop rotations or flower-rich margins around fields.

He also reiterated the importance of an agricultural transition period that gives farmers enough time to adapt to the new system.

You can see the interview in full on BBC iPlayer here.