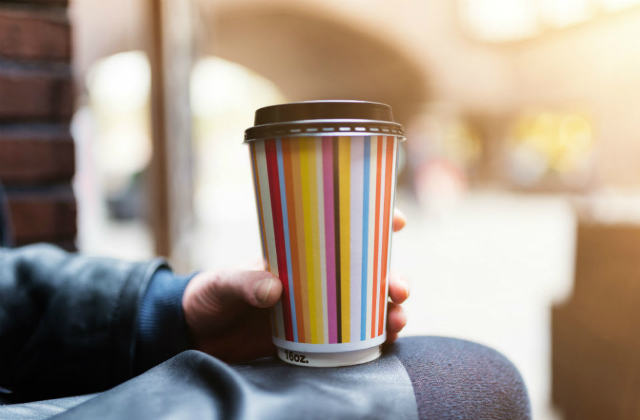 There is coverage this morning in the Guardian and Mail of Starbucks trialling a new 5p takeaway cup charge to try to reduce waste.

We are encouraged by industry action to increase the recycling of paper cups. At Government level, we are already taking action towards our goal of a ‘zero waste economy’ and working closely with industry and organisations such as WRAP, we have made great progress in boosting recycling rates and making more products recyclable.

In October, we announced new steps to tackle littering, with the maximum on-the-spot fine for dropping litter doubling to £150 from 2018, and new powers for local authorities to apply the penalties to vehicle owners who have had litter thrown from their car.

We are taking significant steps to tackle plastic waste, introducing a ban on plastic microbeads and taking nine billion plastic bags out of circulation with our carrier bag charge.

We are carefully considering the EAC Committee’s recent recommendations on coffee cups and will respond shortly.

Today’s I newspaper infers that UK shoppers could be ‘forced’ to buy milk from the US in a post Brexit trade deal.

The article looks at the different accepted levels of somatic cells which are found in milk. American rules allow a somatic cell count (SCC) of 750,000 cells/ml. The UK limit of 400,000 somatic cells per ml of cows’ milk is set out in EU Regulations. The Withdrawal Bill will transfer this regulation onto the UK statue book when we leave the EU.

We have been clear that the UK will maintain its own high animal welfare and environmental standards in future free trade agreements.

Our dairy farmers are recognised the world over for their high-quality produce. Dairy farming is worth £3.3 billion to the UK economy and is vital to our countryside. Therefore any future deal must work for UK farmers, businesses and consumers.

There has been widespread coverage of a study led by the Wildlife Trusts that shows water voles have declined by 30 percent across England and Wales. The Guardian, Telegraph, the Times and the Independent included the analysis of data from 2006 to 2015.

The Government is concerned about the decline of the iconic water vole. Through our 25 year environment plan we will provide opportunities for species recovery as we develop our Nature Recovery Network, creating or restoring 500,000 hectares of wildlife-rich habitat to provide benefits for species such as the water vole.

Water voles are fully protected under the Wildlife and Countryside Act 1981 and the Environment Agency has created nearly 5,000 hectares of wetland and river habitats and continues to work in partnership with the Wildlife Trusts to improve and protect over 15,000km of rivers, lakes and coastal waters. Between 2010/11 and end of March 2015, Environment Agency has delivered 272 projects with partners that directly benefited water voles.

The National Water Vole Monitoring Programme launched by the People’s Trust for Endangered Species in collaboration with the UK Water Vole Steering Group (of which Environment Agency and Natural England are members) aims to bring together all surveying work that is being carried out across the country, as well as monitor selected historical sites, to establish any changes in the water vole population and to help guide future conservation efforts.