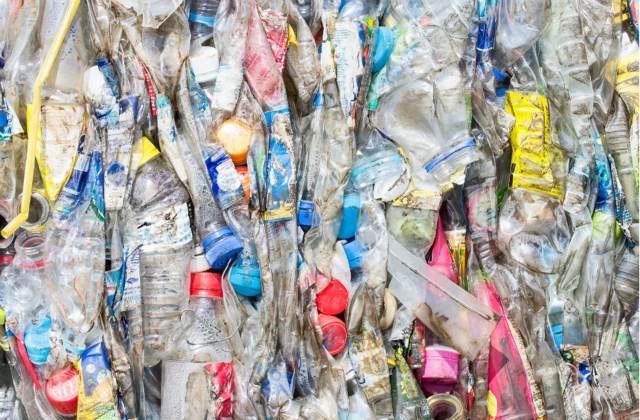 Minister Coffey has written to Rotherham Council urging it to consider the kerbside collection of plastic.

As reported by the Rotherham Advertiser, the council has decided not to propose the measure as part of a consultation into its waste collection services and will be the only borough on the UK mainland from April where plastic is not collected alongside paper, cans and glass.

“We have made it clear in our 25-year plan for the environment that reusing and recycling plastics is critical if we are to stem the damage to our seas and wider natural environment, and we need all parts of society and all sectors of the economy to play their part.

“I would strongly urge Rotherham Council to rethink its approach to the collection of plastic waste from households, to improve both the quantity and quality that is recycled and make it as easy as possible for residents to recycle from the kerbside.”

There was coverage in Saturday’s Times of suggestions from some MPs and countryside groups that our draft Bill to recognise the sentience of animals in UK law could have unintended consequences for pursuits such as shooting.

We are very clear we will make the United Kingdom a world leader in the care and protection of animals as we leave the EU. We are currently consulting on the draft Bill and will consider responses when bringing the Bill forwards.

The draft Bill recognises animals as sentient beings, including wild animals, and the precise scope of this definition is part of the consultation.
The consultation closes at 11.45pm on Wednesday (31 January). You can view and comment on it on GOV.UK.

Farming Minister George Eustice has used his first article in a monthly series with Farmers Guardian to urge farmers and land managers to look at Countryside Stewardship and in particular four new wildlife offers that are simpler and easier to apply for.

The funding round for the agri-environment scheme opened on 15 January. In his piece, the minister acknowledged the “frustrations” farmers have had with scheme in the past, but that changes made to the scheme this year in adding the new wildlife offers should open up the scheme to more farmers and new applicants.

Farmers and land managers who are new to CS or coming out of ELS or Higher Level Stewardship agreements may find these new offers a useful bridge between the current system of subsidies under the Common Agricultural Policy to a future scheme, where public money is allocated for public goods.

On Friday, Farming Minister George Eustice announced more than 93% of farmers in England signed up to the 2017 Basic Payment Scheme have already received their full payments. While this is a hugely positive figure, testament to the hard work of the Rural Payments Agency to pay farmers as quickly and efficiently as possible, Minister Eustice also announced the remaining 7% would receive bridging payments of 75% in April.

This was covered in this week’s farming press including the Farmers’ Guardian and Farming UK.

“We have made good progress towards getting payments to farmers this year with over 93 per cent now paid and we are working hard on the final seven per cent.
“The burden of EU rules continues to be a barrier to some of the remaining processing so we will ensure that, as we did last year, any farmer not paid by the end of March will receive a bridging Payment in April.”