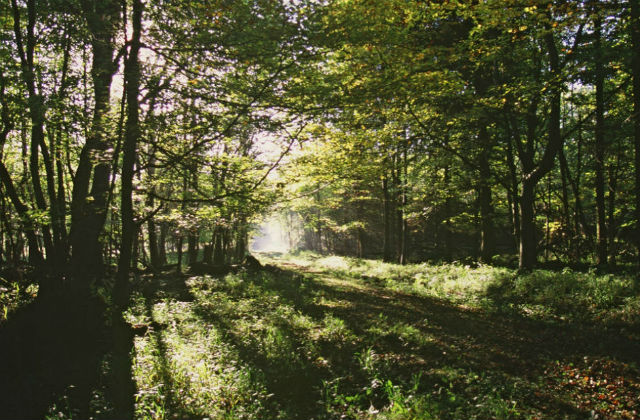 Today the Countryside Stewardship Woodland Creation Grant has opened for applications – allowing landowners, farmers and foresters to apply for up to £6,800 per hectare to create new woodland on their property.

Through the scheme, landowners will be able to reap the environmental and financial benefits of woodland creation and contribute to our drive to plant more trees for the next generation.

Guidance and application forms for this scheme were made available in September and the process has now been streamlined to make it easier to apply.

Planting trees is one of the best ways we can invest in our environment for future generations. They provide a haven for wildlife, reduce flood risk and improve water quality – making them some of our most cherished assets.

I have seen first-hand how planting trees can really make a difference at places such as the Lowther Estate in Cumbria, so I would urge landowners to apply to this scheme.

Aside from the environmental benefits, planting trees on your land can offer an alternative source of income.

Your local Woodland Officer can provide advice and support throughout the application process.

Fishermen see next phase of the discard ban take effect

From today, fishermen targeting certain fish in the North Sea must land everything they catch as the next phase of the discard ban for demersal species comes into force, Fisheries Minister George Eustice has announced.

The discard ban, also known as the landing obligation will encourage sustainable fishing by ending the wasteful practice of throwing dead fish overboard.

It has been gradually introduced to allow time for fishermen to adapt to the new rules, and today, the existing ban for cod, whiting and saithe has been extended to include more vessels in the North Sea. Fishermen targeting saithe in North Western Waters, including the Irish Sea, will be required to land it for the first time.

Commenting on the next phase of the discard ban, Fisheries Minister George Eustice said:

“The UK is leading the way in championing sustainable fishing, and the latest phase of the discard ban will help put an end to the wasteful practice of throwing fish back, dead, overboard.

“Together with careful quota management, the discard ban will help us create a profitable fishing industry and safeguard our marine environment.”

Our #IvoryBan proposals put the UK at the forefront of global efforts to stop the illegal ivory trade: https://t.co/Ob3CQqVS8M pic.twitter.com/x3d8kw9zt2

Over the bank holiday weekend there has been media coverage of the massive public response to the Government’s proposed ban on ivory sales – with over 60,000 responses to the public consultation, making it one of Defra’s most popular ever.

In the past week more than 30,000 responses were submitted before the consultation closed, and of the responses analysed so far the overwhelming majority support a ban.

Plans announced by Environment Secretary Michael Gove in October 2017 to impose a ban on ivory sales will protect elephants and help combat poaching by removing opportunities for criminals to trade illegally-poached ivory.

Unlike previous proposals, these plans cover items of all ages, not only those created after a certain date.

It is imperative we halt the decline in the elephant population to protect these wonderful animals for future generations. Ivory should never be seen as a commodity for financial gain or a status symbol and we are ready to take radical and robust action to protect one of the world’s most iconic and treasured species.

It’s incredibly heartening that so many people have contributed to our consultation. The response underlines that we are a nation which cares for wildlife. In 2018 the UK must be front and centre of global efforts to end this insidious trade.

The scale of the public response – including over 60,000 who signed a WWF petition – shows just how strongly the British public feel about the need to end this mindless slaughter.

The UK Government must now act quickly. On average 55 elephants a day are killed. Every day we wait is a day too long.

It comes as the largest market for ivory, China, has introduced a ban on all trading and processing activities which came in to force at the start of January.

The number of elephants has declined by almost a third in the last decade and around 20,000 a year are still being slaughtered due to the global demand for ivory.

The decline of elephants would also deprive some of the poorest countries in the world of their valuable natural capital, affecting economic growth and sustainable development.

The proposed new ban builds on UK Government work both at home and overseas to tackle poaching and the illegal ivory trade. The UK military trains an elite force of anti-poachers in African countries, and Border Force officers share their expertise in identifying smuggled ivory with counterparts worldwide to stop wildlife trafficking.

The Government will publish a response to the consultation shortly.