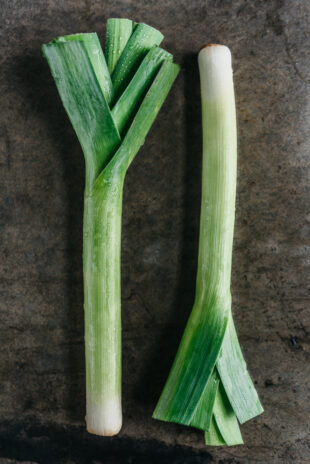 On Tuesday 29th November, Defra announced that Welsh Leeks will be protected under the UK GI (Geographical Indication) scheme which protects the name, authenticity and characteristics of regional products. This means that from 1 December, Welsh Leeks will hold the same status as other beloved national products such as Melton Mowbray Pork Pies and Cornish Clotted Cream.

There has been widespread coverage of this announcement in national media, including in The Telegraph, The Times, ITV and BBC Online.

As well as their distinctive strong peppery taste and vibrant green colour Welsh Leeks are known to grow on harder, sometimes stony soil, including in coastal areas of Wales.

The UKGI scheme, which was created following the UK’s departure from the European Union, boasts 92 UK produced GI products, with dozens more planned for the future.

Leeks have been intertwined with Welsh culture for centuries.

“But not only do they crop up again and again as national symbols throughout the nation’s rich history – they are a delicious part of the national cuisine across the whole country.

“By protecting them as a UK Geographical Indication, we can make sure shoppers know what they have on their plate, and producers are protected and can take full credit for their work.

The farming and food sector are incredibly important in Wales, and we are rightly recognised for our high-quality produce. Shoppers will now be able to easily identify the iconic Welsh leek with its distinctive taste, giving Welsh leek producers an advantage, and helping them to expand and grow their businesses.