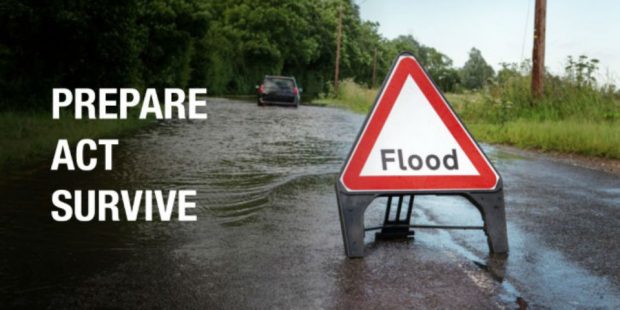 There has been widespread coverage of Environment Agency warnings to be prepared for possible flooding this winter, as it continues its awareness campaign - Flood Action Week - to encourage those who live in areas at risk of flooding to act now to protect their home, possessions and family.

Coverage has appeared in print, online and broadcast with The Guardian, The Daily Telegraph, The Daily Star, BBC News Online, The Mirror, iNews, Daily Express, The Independent and Press Association all highlighting the need for people to be aware of their flood risk and be prepared to act if flooding hits this winter.

Separately, Caroline Douglass, Executive Director of Flooding at the Environment Agency, carried out interviews with Times Radio and BBC Radio 4’s Today Programme in which she highlighted the need for people to be aware of flood risk wherever they live in England and that people check their flood risk online.

As we have seen across the globe, the effects of climate change are becoming clearer, with wildfires raging across Europe; China experiencing its worst heatwave in decades; and devastating floods in Pakistan ripping through communities killing more than 1500 people and displacing millions.

Do you know which items to move to safety in a flood? You won't have much time to prepare if it happens.

Learn the simple steps you can take to ensure you keep the things you love safe 👇 https://t.co/d7tKPoRXT9#FloodActionWeek #PrepareActSurvive pic.twitter.com/mUKA0FA4KL

Climate change is happening now. We’re seeing more extreme weather - in this year alone with three named storms in a week, record-breaking temperatures and drought declared across large parts of the country.

That is why it is vital that people take the necessary preparations as early as possible to prepare for the worst. Our recent investment programme has better protected 314,000 homes from flooding and we’re investing millions into keeping communities safe, but we can’t stop all flooding.

The message is clear - households risk ignoring the danger of flooding at their own peril. Anyone can go online to check if they are at risk, sign up for Environment Agency warnings, and, most importantly, know what you need to do if flooding hits.

I know how devastating flooding can be - the loss of your home, the financial stress, and the destruction of irreplaceable, sentimental belongings all place unbelievable strain on those affected.

Simple steps such as checking your flood risk online and signing up for flood warnings can make all the difference in terms of preparing yourself for what may come.

We are committed to pressing ahead with our record £5.2 billion investment in flood and coastal defences between 2021 and 2027 to ensure more communities are even better prepared for future flooding events.

This #FloodActionWeek take at least one action to plan ahead for flooding.

👇 Here are some tips from the @DefraGovUK Floods Minister @pow_rebecca

What action will you take?

With over 250 mobile pumps and 5,000 trained staff across the country, the Environment Agency is ready to take action wherever it is needed this winter. The construction and repair of flood defences has also continued throughout the year as part of the record £5.2 billion government investment in flood and coastal defences.

These preparations have already helped to protect communities from flooding. During the storms earlier this year, despite some 400 properties sadly flooding, around 35,000 were protected by Environment Agency schemes.

💧 The average cost of flooding to a home is around £30k.

✅ Taking steps to prepare for flooding can reduce the damage to your home and possessions by around 40%.

Will Lang from the Met Office said:

Winters in the UK usually include a wide variety of weather, and this winter looks to be no exception.

Although we expect to see high pressure dominating our weather through much of the early winter, which increases the potential for cold spells, we could still see wet and windy weather at times.

The risk of unsettled weather increases as we head into 2023 with wet, windy, and mild spells a real possibility.

Over 5 million homes and businesses in England are at risk of flooding, and climate change is only increasing that risk.

Don't assume it won't happen to you.