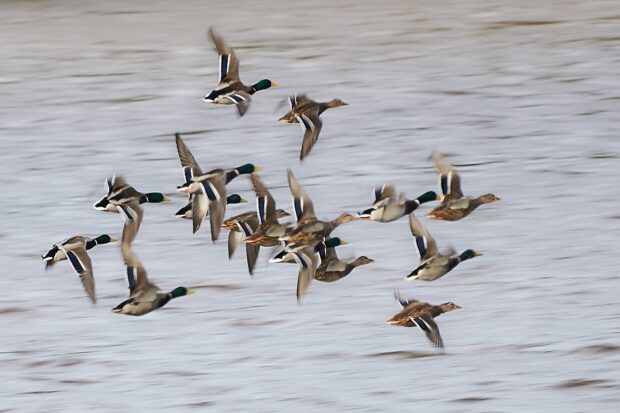 There has been positive coverage including in the Independent, Farming UK and Wales Online, of our announcement that practical guidance has been published to support land managers, the public and ornithological and environmental organisations in their response to the growing threat of avian influenza to wild birds.

The ‘Mitigation Strategy for Avian Influenza in Wild Birds in England and Wales’ advises land managers on how to make natural areas safe for the public, for example by adding signage warning visitors of the risk of avian influenza and what they can do to protect themselves, and having contingency plans to allow them to quickly respond to outbreaks.

The guidance also sets out the government’s approach to monitoring the spread of avian influenza in wild bird populations and better understanding how the disease is distributed geographically and in which species of birds, with international best practice and the latest scientific and ornithological evidence underpinning this.

Our wild birds are facing exceptional pressures from avian flu this year and we have seen the tragic effect it has had – particularly on our seabird colonies.  I very much share concerns about the impact avian influenza is likely to have on breeding populations of wild birds in the future, particularly those that nest in large numbers and represent some of our rarer and much loved species.

We are funding a world leading science programme to try and better understand how avian influenza is spreading in wild birds and today’s guidance will help land managers, ornithologists and the public manage some of the issues we are facing. We will continue to work closely with partners to consider any further action we can take.

This year’s avian influenza outbreak has been the largest and longest ever on record in the UK and in many parts of Europe, with infections continuing beyond the normal winter period and now hitting wild birds and breeding colonies of seabirds that are not typically affected.

This comes as the UK’s Deputy Chief Veterinary Officer has declared an Avian Influenza Prevention Zone across Cornwall, Devon and parts of Somerset to mitigate the risk of further outbreaks of disease occurring.

Covered extensively in regional media, the prevention zone means that all bird keepers in the area must follow strict biosecurity measures, such as cleansing clothing, footwear and equipment before and after contact with birds, reducing movement to and from areas where birds are kept, and thoroughly cleansing and disinfecting housing on a continuous basis.