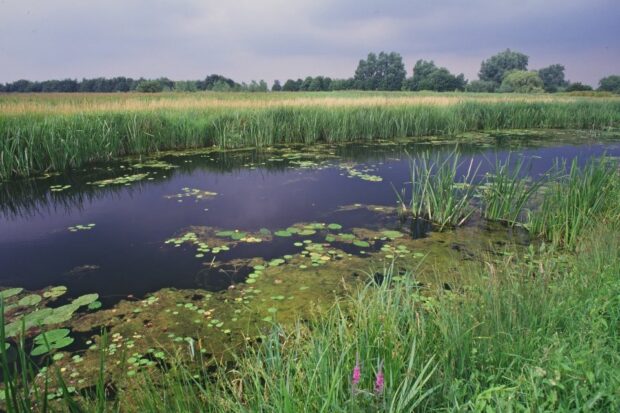 There has been coverage including in the Daily Express and The Telegraph, Mail on Sunday and BBC Radio 4 Today Programme, of the Government’s decision to overturn an amendment to the Environment Bill related to sewage discharges from storm overflows.

The amount of sewage discharged by water companies into our rivers is unacceptable. We have made it crystal clear to water companies that they must significantly reduce sewage discharges from storm overflows as a priority. We have every confidence that the provisions in this Bill will absolutely deliver progressive reductions in the harm caused by storm overflows and any suggestion to the contrary is both disingenuous and untrue.

There are significant penalties in place for offenders, and we’ve been clear that polluters must pay for the damage they do to the environment – which is why earlier this year Southern Water was handed a record-breaking £90m fine, and Thames Water was fined £4 million and £2.3 million for separate incidents. We will hold underperforming companies to account, including through the measures in the Environment Bill.

The Government has announced that the Environment Bill will be further strengthened with an amendment that will see a duty enshrined in law to ensure water companies secure a progressive reduction in the adverse impacts of discharges from storm overflows.

Earlier this year the Government published a new set of strategic priorities for the industry’s financial regulator Ofwat, which set out the direction from government that water companies must take steps to “significantly reduce storm overflows” and that the regulator should ensure funding should be approved for them to do so. This publication – known as the Strategic Policy Statement - strongly influences investment decisions and is one of Government’s key tools in driving action from water companies.

This amendment will enshrine that expectation in law, to further align the Bill with the government’s strategic priorities for the sector and help to drive action from industry

The Government is taking direct action, including upon the water companies, through the Environment Bill to address the harm caused by storm overflows through:

We have also taken significant action outside the Bill:

We take this issue incredibly seriously. So far in 2021 the EA has concluded five further prosecutions against water companies with fines of £90 million, £4 million, £2.3 million, £150,000 and £540,000 bringing the total since 2015 to 47 prosecutions securing fines of over £132 million. We have accepted an additional 7 enforcement undertaking offers so far in 2021, paying £1,268,272 to environmental and wildlife trusts organisations bringing the total since 2015 to £11.6 million from 66 enforcement undertakings.

The Duke of Wellington’s amendment, whilst well-intentioned, is already delivered through the many measures within the Environment Bill and more broadly. We also must be pragmatic in relation to the calls for complete elimination of storm overflows. The age of our Victorian  sewerage systems means that the complete elimination of discharges from storm overflows would be extremely challenging. Initial assessments suggest total elimination would cost more than £150 billion. This process would involve the complete separation of the sewerage systems, leading to potentially significant disruption for homes, businesses and infrastructure across the country. With such amounts, customer bill increases and trade-offs against other water industry priorities would be unavoidable which is why we will be publishing a report looking specifically at these trade-offs.

The age of our Victorian  sewerage systems means that the complete elimination of discharges from storm overflows would be extremely challenging. Initial assessments suggest total elimination would cost more than £150 billion. This process would involve the complete separation of the sewerage systems, leading to potentially significant disruption for homes, businesses and infrastructure across the country. With such amounts, customer bill increases and trade-offs against other water industry priorities would be unavoidable which is why we will be publishing a report looking specifically at these trade-offs.

We also recognise that there are many pressures on our water environment, caused by population growth, intensive farming, climate change, use of chemicals by individuals and businesses, and the way we all use our water and sewerage system. We must collectively address all of these if we are to achieve our objectives of returning our waters to a near-natural state. The Government is determined to ensure action is taken on all of these issues, which includes our action on storm overflows.

“The Storm Overflows Taskforce – set up last year – has already taken steps to improve monitoring and transparency, as well as uniting the industry on a long-term goal to eliminate harm from storm overflows. The Government recognises the importance of protecting the nation's natural environment and we are investing accordingly."

The Government has previously made amendments that set a new, historic legally-binding target to halt species decline by 2030 and allow ministers to introduce charges on all single-use items, not just plastics, helping to cut waste and put an end to throwaway culture. New measures will also help landowners secure long-term environmental benefits through conservation covenants and better protect ancient woodland in England.

The Bill is expected to complete parliamentary passage shortly.