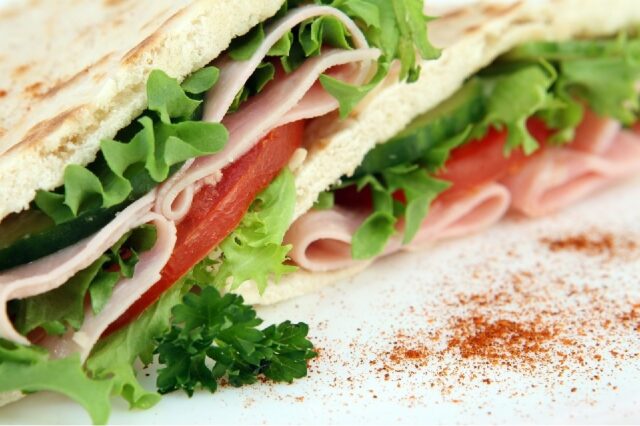 There has been widespread coverage including in the Daily Mail, Telegraph, i news, City A.M., Sun, Mirror, Daily Express and BBC News Online of Natasha’s Law which comes into force today (1 October).

The changes require food businesses to include full ingredients labelling on pre-packed for direct sale foods, with the 14 major allergens emphasised in the list. They are being introduced following the tragic death of Natasha Ednan-Laperouse, who died after eating a pre-packaged baguette which at the time did not require ingredients labelling.

This new allergen labelling law will allow millions of people living with food allergies, intolerances and coeliac disease to make safer choices about the food they buy.

The Times Red Box carries an op-ed from the Environment Secretary George Eustice, in which the Secretary of State says he’s hopeful the changes being introduced will drive down the number of hospital admissions caused by food allergies and prevent another tragic death such as Natasha’s.

The reforms cover labelling requirements for foods that are prepared and packed on the same premises from which they are sold – such as a packaged sandwich or salad made by staff earlier in the day and placed on a shelf for purchase.

Natasha’s Law will make an immediate, meaningful change for millions of people across the country – and I am grateful to all food businesses for their efforts to make changes as swiftly as possible.

I want to thank Natasha’s family for their dedication in making this important requirement happen so people with allergies, intolerances and coeliac disease will be able to make more informed choices when purchasing food that is prepacked for direct sale.

The introduction of Natasha’s Law is a bittersweet moment for us. We are delighted that people with food allergies will now have great protection through improved labelling and we know in our hearts that Natasha would be very proud of a new law in her name. However, the new law also reminds us that Natasha’s death was completely avoidable.

Natasha’s Law is about saving lives and marks a major milestone in our campaign to support people in this country with food allergies.

This change in the law will give people with food allergies confidence when they are buying pre-packaged food for direct sale such as sandwiches and salads. Everyone should be able to consume food safely.

This is a huge step in helping improve the quality of life for around 2 million people living with food allergies in this country.

If these changes drive down the number of hospital admissions caused by food allergies, which has increased threefold over the past 20 years, and prevent further tragic deaths such as Natasha’s, that can only be a positive thing.

I understand how difficult the past 18 months have been for food businesses, and I am grateful for the effort that so many have made to prepare for the changes.