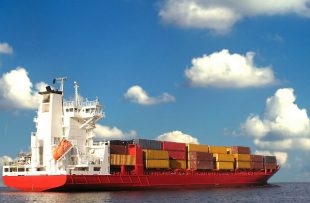 There have been some media reports in recent days suggesting that the Government is reneging on environmental standards following the end of the Transition Period by allowing shipments of mixed plastic waste to non-OECD countries.

The UK Government takes the regulation of waste exports very seriously and is a Party to the Basel Convention on the Control of Transboundary Movements of Hazardous Wastes, which ensures that non-OECD countries are protected from receiving hazardous waste.

Under the Convention, shipments of waste known as “Y48” – comprised of dirty and mixed plastic waste – can only be exported to a non-OECD country if regulators in Great Britain and the destination country have permitted it, known as ‘prior informed consent’. In addition, the GB regulators can prohibit an export of waste if it has reason to believe that the waste will not be managed in an environmentally sound manner.

The UK has been a strong and vocal supporter of these tougher requirements, which means Y48 waste can only be sent from Great Britain if regulators at both ends permit it.

The EU has decided to ban the shipment of Y48 waste to non-OECD countries outright. These amended regulations are not applicable in Great Britain, but the safeguard of ‘prior informed consent’ is still in place, and we have already made a firm commitment to banning the export of plastic waste to non-OECD countries. This goes further than the EU’s ban on just one category of waste.

“The UK Government is a global leader in tackling plastic pollution and we are absolutely not backtracking on our commitments in this area. Unlike the EU ban, our manifesto commitment to ban plastic waste exports to non-OECD countries is not limited to just one category of plastic waste.

“We are going further to introduce tougher controls on other waste exports, including mandatory electronic waste tracking which will make it harder for criminals to obtain and export waste illegally.”

The UK Government's manifesto commitment to ban plastic waste exports to non-OECD countries therefore goes further than the EU’s ban on Y48 plastics and the Basel Convention requirements, and work is underway to make this happen.

Defra has commissioned research to better understand existing plastic waste recycling capacity in the UK and OECD countries, and we will consult in due course on policy options to deliver the manifesto commitment.