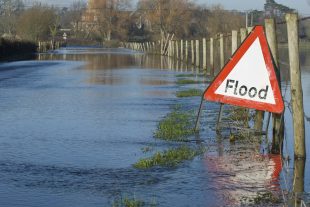 This morning, there is coverage of a report by the National Audit Office into Defra and the Environment Agency’s work to manage flood risk across England.

The report points out that the proportion of flood funding going to deprived areas has declined in the last few years. While this is true, it does not reflect the complete picture.

The report also points out regional variations in investment, with some regions receiving more money than others. This is due to the fact that we invest in flood defences wherever the risk is highest, and where our defences will benefit the most people and property.

This extreme weather took a toll on the flood defences that protected thousands of families last winter. Since then the Environment Agency has been carrying out a £120m programme of repairs which will ensure that all assets damaged last winter will be restored before this winter, or there will be sufficient temporary measures – such as temporary barriers to mitigate risks to communities.

The Environment Agency is also ready to take action wherever it is needed this winter – we have 250 high volume pumps available and 6,500 trained staff across the country, and we use our flood warning system to directly alert over 1.4 million properties at the touch of a button when flooding is expected.

“Flooding devastates lives, livelihoods and communities, but as the NAO recognises, we have made significant progress in preparing the country and are on track to better protect 300,000 homes across England by March 2021, investing wherever the risk is highest, and where it will benefit the most people and property.

“Climate change means we must redouble our efforts and over the next six years we are investing a record £5.2 billion to build 2,000 new flood and coastal defences which will better protect another 336,000 properties. Our long-term plan is the most ambitious in a decade, a ‘significant step forward’ according to the NAO, and will further accelerate progress to make us a better protected and more resilient nation.”

“We’re pleased the NAO has recognised the hard work of our teams and those from local authorities and drainage boards in better protecting 300,000 homes across England’

“The climate emergency is upon us and, as last winter showed, we’re already feeling the effects with more extreme weather and heavier rainfall.

“Our flood and coastal erosion strategy sets out how we will build up the resilience of millions more homes and businesses as part of the EA’s green recovery plan into the next decade.”