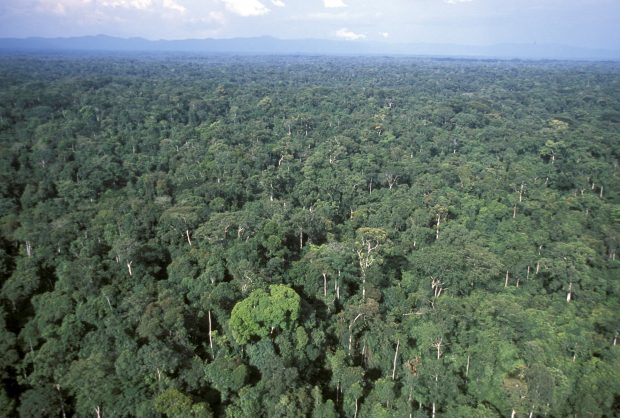 There is coverage including in the Guardian and ITV online of an investigation including by the Bureau of Investigative Journalism and Greenpeace reporting deforestation is happening in Brazil to make way for soybeans grown for chicken feed.

Coverage reports this chicken is then ending up on the shelves of Britain’s leading supermarkets and fast-food outlets.

We depend on the natural world around us: rainforests cool the planet, provide clean air and water, and are a haven for some of the most endangered species on Earth – and so protecting them is a core priority for government.

On 11 November we announced world-leading new measures to protect forests and other natural areas would be introduced through the landmark Environment Bill.

Our new law will require larger businesses in the UK to make sure that the ‘forest risk’ commodities they use have been produced legally. Forest risk commodities are those commodities whose rapid expansion is associated with wide-scale deforestation, often in contravention of local laws, such as beef and leather, cocoa, palm oil, rubber and soya.

It will be illegal for these businesses to use these commodities where they have not been produced in accordance with relevant local laws. Businesses would be required to undertake a due diligence exercise. This would involve identifying and obtaining information across the supply chains of the forest risk commodities that they use, assessing the risk that relevant laws were not complied with during the production of those commodities, and mitigating that risk. They will also be required to publish information about their due diligence exercise annually. Businesses that do not comply with these requirements may be subject to fines.

We have introduced legislation that would make it a requirement for larger businesses to undertake due diligence on their supply chains where there is a risk they could be contributing to illegal deforestation. This is just one piece of a much larger package of measures that we are putting in place to tackle illegal deforestation.

While the UK is a relatively small consumer of commodities such as soya, businesses must take greater responsibility for ensuring the resilience, traceability and sustainability of their supply chains.

These actions support our work making nature one of the main themes for the UK’s COP26 Presidency to help increase investment in nature-based solutions and tackle the drivers of nature loss such as deforestation.

Last month, nearly 80 countries signed the Leader’s Pledge for Nature, committing to reverse the destruction of nature by 2030. The UK played a key role in crafting the pledge, and as hosts of the next and all important UN Climate Conference.