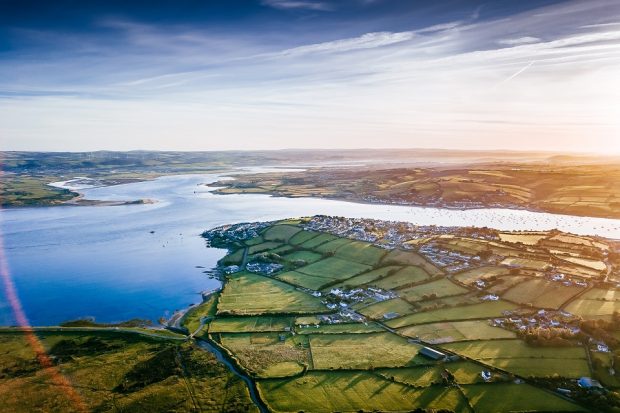 The announcement and speech received positive coverage including in the Telegraph, the National Health Executive, and The Ecologist.

The report found that people living in deprived areas are not only more likely to have poorer health outcomes, they also have poorer quality environments and access to less green space.

In his speech, Sir James made the case for “levelling up” access to the environment as part of the green recovery from coronavirus, as well as highlighting that universal access to a healthy natural environment could save the NHS billions of pounds a year.

“Investing in a healthy environment is about the smartest thing we can do. It makes medical sense, because it will mean better health for all and less strain on the NHS. It makes economic sense, because it will save the NHS billions of pounds: the NHS could save an estimated £2.1 billion every year in treatment costs if everyone in England had access to good quality green space.

“And it makes socio-political sense, because those who live in poor environments are also those who have the worst health and the lowest incomes: levelling up the environment will also help level up everything else.”

The ‘State of the Environment’ report sets out the ways in which the Environment Agency is helping make the country healthier, for example by supporting angling in England including through improving fish habitats and re-stocking. Angling has been shown to have a multitude of health and social benefits, particularly for those with limited opportunities for other forms of physical exercise. Angling has double the number of participants with long-term illnesses compared to other sports.

The report also highlights the benefits to health of nature based-solutions to climate change, such as the Environment Agency’s new Warrington flood defence scheme which protects over 2,000 homes and businesses and will create reed bed habitats, plant trees, open up riverside paths, and improve the views across the river and town. The benefits from the air quality improvement, recreation and physical activity add up to over £70 million over the lifetime of the scheme.

The State of the Environment report can be accessed here.