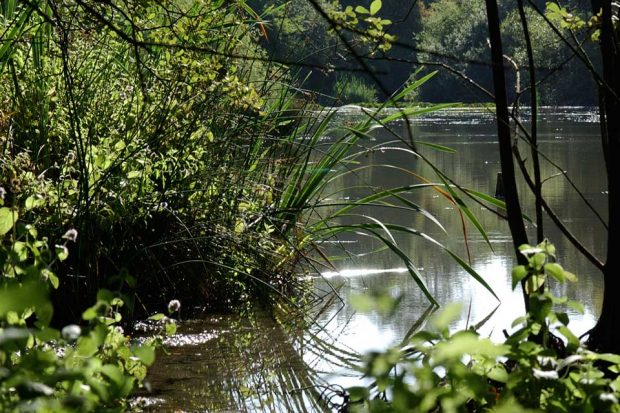 There have been a number of critical pieces in recent days on the quality of our rivers and waterways, including a comment piece from Griff Rhys Jones in MailOnline and George Monbiot’s column in The Guardian.

We all want clean water in our rivers and lakes. Both the Environment Agency (EA) and Defra are working hard to achieve this, although clearly everyone must play their part – including water companies, businesses, farmers and the public.

Both pieces raise important concerns around storm overflows, fly-tipping, chalk streams and agricultural waste, which are addressed below.

England has a combined sewage system made up of hundreds of thousands of kilometres of sewers, built by the Victorians, in many urban centres.  This means that clean rainwater and waste water from toilets, bathrooms and kitchens are conveyed in the same pipe to a sewage treatment works.

During heavy rainfall the capacity of these pipes can be exceeded, which means possible inundation of sewage works and the potential to back up and flood homes, roads and open spaces, unless it is allowed to spill elsewhere. Storm overflows were developed as a way to reduce the risk of sewage backing up during heavy rainfall.

When water companies do damage the environment, whether it is through polluting our waters or breaching permit conditions, the EA will always take enforcement action against them, including civil sanctions. The EA successfully brought forward four water company prosecutions in 2019, resulting in £1,297,000 in fines.

Both pieces also refer to a lack of action when it comes to fly-tipping. Last year, the Environment Agency dealt with 76,777 environmental incidents across the country – the equivalent of one every seven minutes. Every single one of these incidents are fully investigated by our officers and we never hesitate to take action against those responsible.

Local authorities have a range of powers at their disposal, such as issuing on-the-spot fines and to stop, search and seize vehicles suspected of being used for fly-tipping. In 2018/19, local authorities carried out 2,397 prosecutions for fly-tipping, with over 96% resulting in conviction. The number of fixed penalty notices issued also continues to increase, up 11% to 76,000 from the previous period.

Further sustainability reductions of c.100 million litres per day will be delivered in the next 5 years (by March 2025) through the Water Industry National Environment Programme.

Leaving the EU provides the opportunity to change how we manage our agricultural sector. Under our proposed Environmental Land Management (ELM) scheme there will be incentives for more sustainable farming. Farmers will be supported in their work to care for the environment, improve animal welfare and provide other ‘public goods’, including clean and plentiful water.

Between 1990 and 2020 the water industry will have invested about £25 billion in environmental improvement work, much of it to improve water quality. There is much still to do. Defra, the Environment Agency and Ofwat will continue to work with industry to drive further improvements.