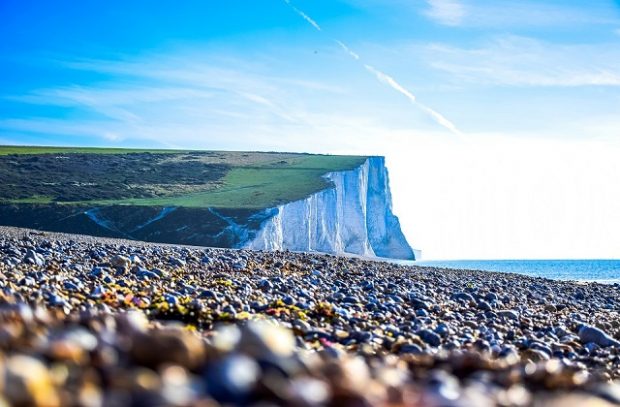 There is widespread, positive coverage of a new Defra study, published on Friday 17 July, which suggests that exposure to coastal environments can play a significant role in boosting human health and well-being, due to the ‘therapeutic effects’ marine and coastal landscapes have.

The story was widely reported in national, regional and trade outlets, including in the Daily Telegraph, the Daily Mail, the Times, the Express online, the i, Western Morning News, the Star, the Yorkshire Post, and Western Daily Press, Plymouth Live, Express and Star, the Ecologist and Radio Exe.

Minister Rebecca Pow also highlighted the findings of the report in a live interview with Adam Bouton for Sky News (12:25, 20 July).

In England, 271 million recreational visits are made to coastal environments annually and more than 22 million people live within 5 miles of the coast. The Defra and UK Research and Innovation-led evidence review, in collaboration with Plymouth Marine Laboratory and Exeter University, showed that Brits spending time by the sea reported increased happiness, better general health and were more physically active during their visit, compared to visits to other types of environment.

The report highlights the important role of marine conservation work as visits to marine and coastal areas with designated or protected status and those with higher levels of biodiversity were associated with higher levels of calmness, relaxation and revitalisation, compared to locations without this status.

Whether it is to enjoy a sport, take a walk, watch the wildlife or to simply admire the landscape, for many of us spending time by the sea is not only hugely enjoyable, but it has a welcome impact on our well-being too.

This realisation makes it all the more important that we take care of our environment, and our ever-expanding national ‘Blue Belt’, protecting more than 40% of English waters, is helping to safeguard these precious habitats for future generations.

Our research demonstrates that marine and coastal areas play an important role in supporting people’s well-being. However, we have also shown that these benefits are threatened by marine pollution, coastal development, climate change and exposure to extreme weather.

With millions of us visiting the coast every year, it is our collective responsibility to ensure that we have the right measures in place to allow our marine environment to thrive. Getting these measures right is not easy and requires transformative, multidisciplinary research, with an aim to support sustainable and responsible ocean stewardship for the conservation of the environment and to ultimately improve lives.

This project has shown that our coast helps to cater for a variety of human needs, from keeping healthy, to connecting with others.

There are, however, a number of evidence gaps which we wish to further explore, such as the effects of marine environments on obesity prevalence in children and Vitamin D in adults, or the life stage at which nature-based interventions are most effective, and how they may vary among economic, social and cultural groups in the population.

The government has taken steps to expand its ‘Blue Belt’ of marine protection for Britain’s overseas territories and its own coast, last year designating a further 41 Marine Protection Zones, protecting species and habitats such as the rare stalked jellyfish and blue mussel beds.

Through the implementation of the 25 Year Environment Plan, the UK continues to consider the need for further domestic protection, and is putting in place new management measures for Marine Protected Areas, including seeking new powers through the Fisheries Bill, which is currently before Parliament.

The government is also considering the recommendations of a recent review led by former Fisheries Minister, Richard Benyon, which found that there is a case for higher protections in some marine areas, with a total ban on all human activity to allow wildlife to flourish.

Did you know that spending time in marine and coastal environments can have a positive effect on your health? ??