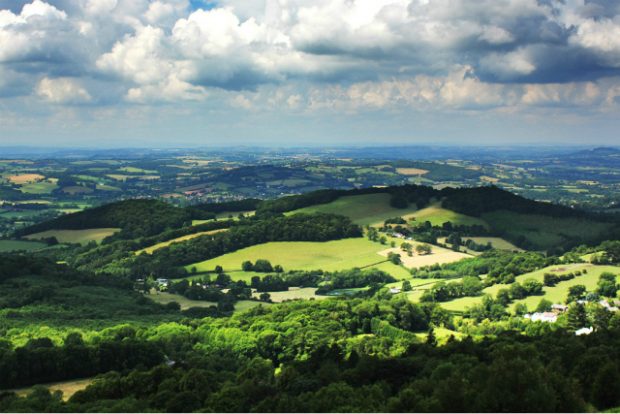 This morning, the Times ran a piece in its leader column on the potential impact of a no-deal Brexit on the UK’s environmental standards.

We have been clear on many occasions that we will not allow environmental standards to decrease when we leave the EU. What’s more, leaving gives us a unique opportunity to enhance our standards even further. As a first step, this means transposing all existing EU environmental laws into UK law.

We want to improve and enhance existing protections after 31 October 2019, whether we leave with a deal or not.

At the heart of this ambition is our landmark Environment Bill.

This government will bring forward the first Environment Bill in over 20 years. The measures in this Bill will ensure that environmental ambition and accountability remain at the heart of government after EU exit, improve air quality, restore and recover environmental biodiversity, strive towards a circular economy, and ensure we can manage our precious water resources in a changing climate.

Just last month, the government published a policy statement updating on progress on the Bill.

The Bill will establish a comprehensive legal framework for environmental improvement. It will chart a clear course for a greener future.

A powerful new body, the Office for Environmental Protection (OEP), will ensure these standards do not slip by holding the government and other public authorities to account.

The Environment Bill will create powers to establish the OEP, which will replace the scrutiny and advice, and complaints and enforcement functions currently provided by Europe. It will also ensure the government is held to account on environmental protection.

Preparations have also been made for interim environmental governance arrangements in a no deal scenario before the OEP is established.

Once established, the OEP would have the powers to take any necessary enforcement action in respect of breaches of environmental law dating back to exit day. This would ensure there is no period of time during which government actions cannot be held to account.

Our long-term ambition, as set out in the 25 Year Environment Plan, is to be the first generation to leave the environment in a better state than that in which we inherited it.

As we leave the EU, we have the opportunity to lead a green transformation that will help our country — and our planet — thrive. The Environment Bill will set the path for all parts of society to help make the right decisions to tackle the biggest environmental priorities of our time.

There is coverage today in the Metro, Times and Guardian of new research from the University of Washington.

According to the papers, the research suggests that long-term exposure to the four main pollutants, including fine particulate matter and nitrogen oxide, can exacerbate lung disease “as much as a daily pack of cigarettes”.

The UK government is committed to tackling air pollution, and has already published its Clean Air Strategy which the World Health Organization (WHO) praised as an ‘example for the rest of the world to follow’.

We know the impact air pollution has on communities around the UK, which is why we are stepping up the pace and taking urgent action to improve air quality.

We are working hard to reduce transport emissions and are already investing £3.5 billion to clean up our air, while our Clean Air Strategy has been commended by the World Health Organization as an ‘example for the rest of the world to follow’.

In the Strategy we committed to setting an ambitious long-term air quality target and we are examining action needed to meet the WHO annual guidelines to significantly reduce PM2.5 levels. Our Environment Bill will give legal force to that strategy and put environmental accountability at the heart of government.

There is coverage on Channel 4 News claiming that the government’s ban on the supply of straws in April 2020 has been made without evidence. The article also questions whether the ban will make a difference to the environment.

The government’s response to the consultation revealed over 80% of respondents back a ban on the distribution and sale of plastic straws. Any new plastic which does not need to be used is a positive move for the environment.

In England, it is estimated that annually we use 4.7 billion plastic straws, and independent research estimates that stirrers and straws together make up 2% of total marine litter. There are around 150 million tonnes of plastic in the world’s oceans, and over 100,000 sea mammals die from eating and getting tangled in plastic waste.

Use of straws for medical reasons

The piece also states that elderly and disabled people that rely on plastic straws may be negatively affected by the ban. We have been very clear this will not be the case when the change comes into effect next year.

While urgent and decisive action is needed to tackle plastic pollution and protect our environment, we have always been very clear that the ban on the supply of plastic straws will include exemptions to ensure that those with medical needs or a disability can continue to access them.

We consulted extensively with groups representing people with disabilities to ensure that our plans will still give access for those who rely on plastic straws to drink.

Our plans to ban the supply of straws form part of a wider government plan to position the UK as a global leader in cracking down on plastic waste. The move to ban straws builds on our world-leading ban on microbeads, 5p plastic bag charge which has slashed sales by 90% in the main supermarkets, plans to introducing a deposit return scheme to drive up the recycling of drinks bottles and cans, and a world-leading tax on plastic packaging which does not meet a minimum threshold of at least 30% recycled content from April 2022.