There is coverage in today’s Guardian of new research from the Centre for Ecology & Hydrology (CEH) indicating air pollution emissions in the UK have improved significantly over the last 40 years, resulting in a decline in associated mortality rates.

The CEH points to action from the UK government as a reason for this improvement, welcoming the Clean Air Strategy and highlighting the impact of technological innovation.

With air pollution still a significant threat to public health, the CEH has called for continued strong action on the issue, particularly in relation to nitrogen dioxide concentrations and levels of ammonia emissions.

We have taken huge strides in tackling air quality over the last 40 years, and this research shows our actions are producing results.

But we know there is a lot more to do. That is why our landmark Clean Air Strategy addresses all sources of air pollution. We have clear plans in place to tackle roadside nitrogen emissions and agricultural ammonia, and are working closely with industry, local authorities and other government departments to accelerate progress.

The government’s Clean Air Strategy, praised by the World Health Organisation as 'an example for the rest of the world to follow', is the most ambitious air quality strategy in a generation and aims to halve the harm to human health from air pollution in the UK by 2030.

There has been widespread coverage of the Environment Agency’s prosecution of waste giant, Biffa.

The waste management company has been convicted for breaking the law on overseas waste exports by sending to China waste collected from households, such as used nappies and food packaging, that the company claimed was waste paper.

The story was covered in the Guardian, Metro, The Times, The Sun, i, The Daily Telegraph, BBC news and BBC Radio 5 (Wake Up to Money)

After a three-week trial, a jury at Wood Green Crown court found Biffa guilty of two breaches of the law in May and June 2015. Paper can legally be sent to the People’s Republic, but heavily contaminated other waste cannot.

Sarah Mills, an enforcement manager whose team investigated the breaches for the Environment Agency, said:

Our officers found anything and everything in Biffa’s containers at Felixstowe. They were marked as waste paper, but contained a totally unacceptable level of contamination with other waste.

The regulations around shipment of waste were brought in to stop the West merely passing the problem to other countries. It was commonplace in the 1970s and 1980s for developed nations to send vast amounts of waste abroad.

The waste contained offensive material likely to have been discarded by the receiving country, at great risk and cost to the environment and people. The guilty verdicts justify our decision to prosecute Biffa.

Biffa, of Coronation Road, High Wycombe, Buckinghamshire, pleaded not guilty at an earlier hearing to two counts of breaching regulation 23 of the Transfrontier Shipment of Waste Regulations 2007.

It is an offence under the regulations to breach article 36 of the European Waste Shipments Regulation 1013/2006, which bans the export of waste collected from households to China.

Judge Simon Auerbach deferred sentencing until 27 September. The court was told the Environment Agency and Biffa had agreed a figure of £9,912 to be paid for proceeds of crime 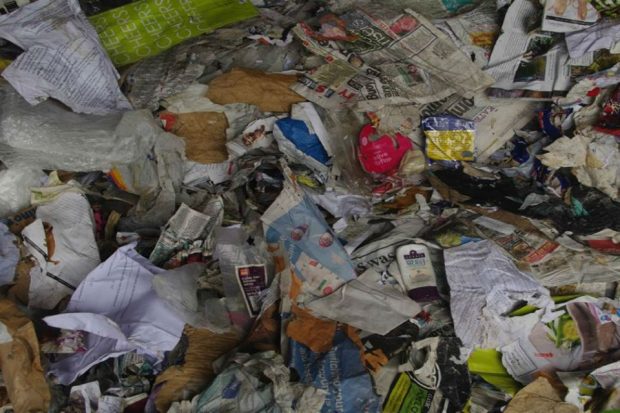