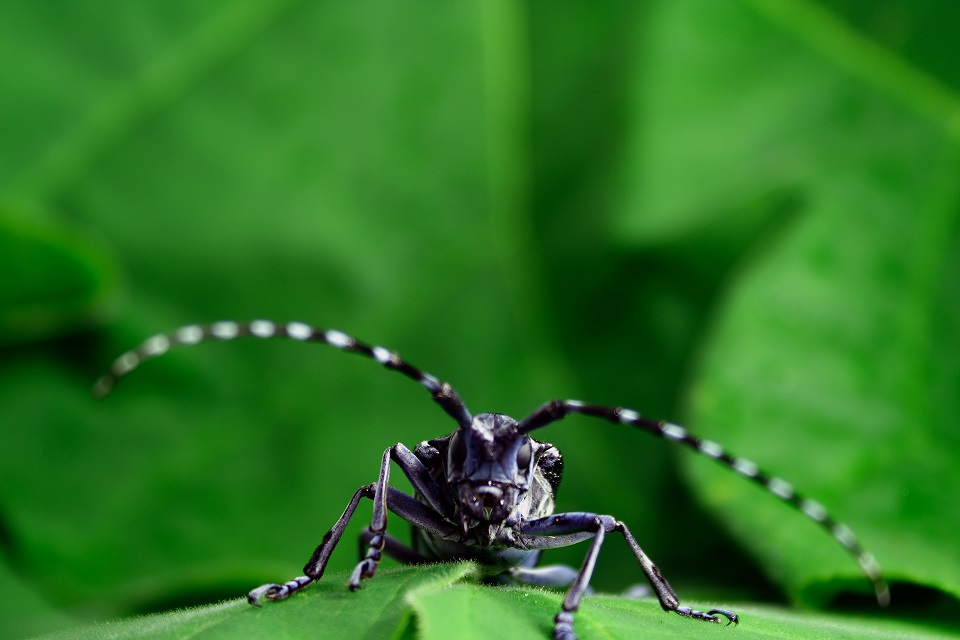 There has been coverage in Horticulture Week and on Yahoo! of our announcement that Asian Longhorn Beetle has been eradicated in the UK following six years of trapping and surveillance work.

The pest, initially discovered in Kent in 2012, was most likely introduced through infested imported wood packaging material and can pose a serious threat to a range of broadleaved trees such as oak.

“I am delighted that we have been able to eradicate Asian Longhorn Beetle – this is a testament to the dedication and hard work carried out by our Plant Health service.

“Globalisation in trade, increased travel and the diversity of plants entering the UK mean more threats to plant health. Our strong response includes investing more than £4.5m to strengthen our border security, recruiting and enhancing training for new plant inspectors.

“Furthermore, we identify and assess new threats to our trees by using the UK Plant Health Risk Register, the most comprehensive in the world, containing over 1000 pests and diseases which are regularly reviewed and prioritised for action.”

“Asian Longhorn Beetle would pose a serious threat to our treescape if allowed to establish, so it is great news that it has been officially eradicated in the UK.

“Strong biosecurity relies on everyone playing their part – in our forests, at borders or when buying plants. It is important that we continue to raise awareness of the simple things that people can do to protect against pests and diseases, such as sourcing plants from a reputable nursery.”