There is widespread positive coverage including in the Daily Mail, Telegraph, Express, Times, Mirror, inews, Sun, Guardian, Sky News, and Yorkshire Post of government’s Food Surplus and Waste Champion Ben Elliot calling on nearly 300 organisations and individuals from the worlds of food retail and hospitality, along with social media influencers and chefs to pledge to substantially cut food waste.

The ask comes ahead of a major ‘Step up to the Plate’ symposium which will be hosted by the Secretary of State and Ben Elliot on the Monday 13 May at the prestigious Victoria and Albert Museum.

Attendees will be expected to sign up to a number of commitments on measuring and reducing their own food waste and inspiring others to follow their lead, including setting an ambitious target to halve food waste by 2030 in line with UN Sustainable Development Goal 12.3.

I want to thank our marvellous Food Surplus and Waste Champion Ben Elliot for his brilliant work in bringing together the biggest players from the world of food to commit to tackling food waste.

Together, we must end the moral, economic, and environmental scandal of food waste. The UK is showing real leadership in this area, but I urge businesses to join me in signing the pledge so we can bring about real change.

Every year, around 100,000 tonnes of readily available and perfectly edible food goes uneaten. It’s time to join together and ‘Step up to the Plate’ to stop good food going to waste.

Wasting food is an environmental, moral and financial scandal. We intend for the symposium and pledge to spark action, not just conversation, and inspire us all to champion change.

The full pledge has been published, giving organisations and people an opportunity to do their bit and sign up to take action.

Earlier this year the government launched a £15 million scheme to tackle food waste, building on its landmark Resources and Waste Strategy which sets out how the government will introduce annual reporting of food surplus and waste by food businesses. The first round of successful applicants will be announced shortly. Should progress be insufficient, we will consult on legal powers to introduce mandatory targets for food waste prevention.

The Resources and Waste Strategy also sets out how the government will ensure weekly collections of food waste, which is often smelly and unpleasant, for every household – restoring weekly collections in some local authorities, subject to consultation.

Study on the estimated cost of ash dieback 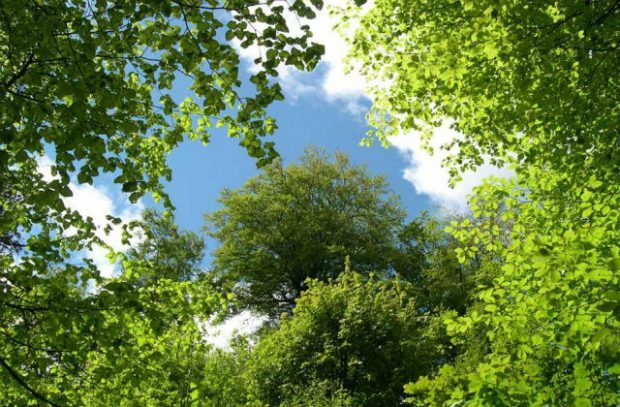 There has been coverage this morning of a University of Oxford report which estimates that the cost of the tree disease ash dieback will be £7billion in the next ten years and a total of £14.8 billion over the next century.

The story was picked up in The Times, The Daily Telegraph, Daily Mirror, Daily Mail and Independent. Furthermore, Dr Nick Atkinson from the Woodland Trust appeared on the Today Programme to explain the findings and the importance of biosecurity.

This estimate reflects a number of factors including the value of lost ecosystem services, loss of profits from tree sales, safety felling costs, replanting costs, and some costs for research and surveying. The estimates are calculated over a 100 year period and the researchers have caveated them in their report.

Since ash dieback was identified in 2012, we have invested more than £6m in ash dieback research and £4.5m to strengthen border security. We currently have some of the strongest import controls in Europe.

We are already funding research to make more ash trees resistant to the disease and supporting landscape recovery via replanting with other tree species. We also funded the Tree Council’s ash dieback toolkit to help local authorities manage this disease.

We will continue to do everything we can to protect our trees from pests and diseases, as set out in the Tree Health Resilience Strategy published last year.

The UK’s native ash tree is not going to disappear as natural tolerance to the disease does exist. The UK is leading the way on the work to identify resistant strains by investing more than any other country in research on ash dieback and is conducting the world’s largest screening trials to identify disease-tolerant trees.

In 2018, the Environment Secretary launched the first Tree Health Resilience Strategy - the first major publication to come out of the 25-Year Environment Plan. The strategy sets out a new proactive approach to tree health, with landowners, charities, the public and government working together to take actions to build resilience against pests and diseases to protect the nation’s trees.