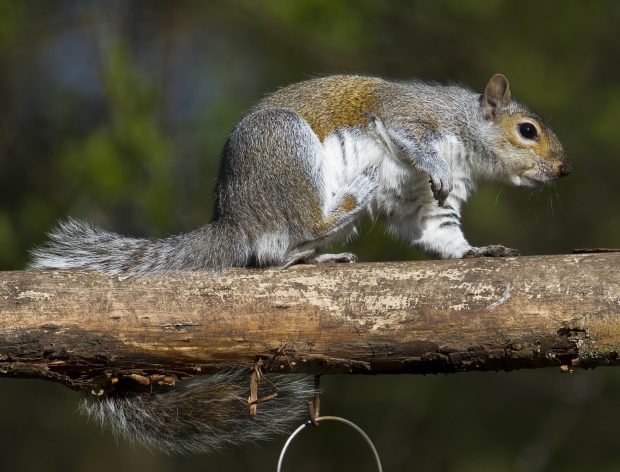 The Sunday Times is today (Sunday 24 February) running an article incorrectly accusing the Environment Secretary of ordering the slaughter of thousands sick squirrels and deer. This is completely untrue. The Sunday Times did not approach us for comment on this story.

The piece is referring to the Invasive Alien Species (Enforcement and Permitting) Order 2019. This makes clear that the re-release of listed invasive species such as the grey squirrel and muntjac deer will not be permitted in an effort to protect the endangered red squirrel - there is no direct requirement for the injured squirrels or muntjac deer to be euthanised.

This action is to protect our native red squirrels which, with only an estimated 15,000 left in England, are in real danger. Both the grey squirrel and muntjac deer are highly invasive species which cause significant impacts on domestic ecosystems and protected species. Invasive non-native species cost the economy more than £1.7 billion per year.

The UK is committed to reducing the impacts of invasive non-native species within our borders. The Invasive Aliens Species (enforcement and permitting) Order 2019 is part of fulfilling these commitments, as laid out by the Government’s 25 Year Environment Plan. The Order also fulfils our obligations under the EU regulation to manage our widespread invasive non-native species

The Government has a long term strategy to help control grey Squirrel populations where they are identified as a specific threat to forestry or to existing populations of red squirrels. The Grey Squirrel action plan is published online here.

It is completely untrue to suggest the Environment Secretary has given an order to terminate these animals. The order prevents the release of these animals back into the wild to help protect the endangered red squirrel, with only 15,000 left in England.

Invasive non-native species, including the Grey Squirrel, not only challenge the survival of our rarest species but damage some of our most sensitive ecosystems, costing the economy more than £1.7 billion per year.