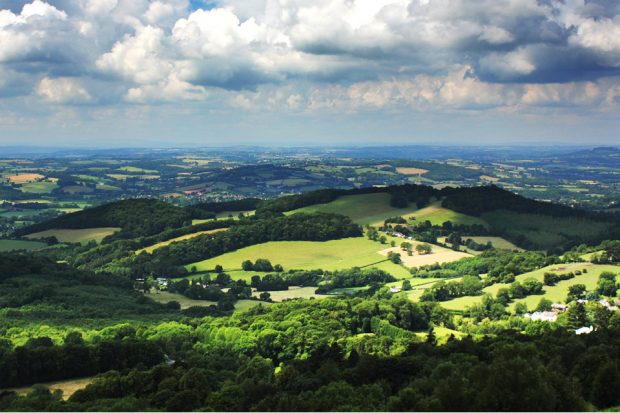 Today there has been coverage of the publication of the draft clauses for the Environment Bill in national media including: Guardian, BBC Radio 4’s Farming Today, BBC News, Independent and the I.

Announced by the Prime Minister in July, the Environment Bill will be an essential step to put environmental ambition and accountability at the heart of government.

It will create a new framework for environmental governance, demonstrating this government’s strong commitment to maintain environmental protection as we leave the EU.

A new body will provide independent scrutiny and advice, and hold government to account on development and implementation of environmental law and policy. The government believes the independent body should have a clear remit, acting as a strong and objective voice for environmental protection.

It builds on one of the largest responses to a Defra consultation on the requirements for this draft legislation. The level of public interest in the Environment Bill is clearly demonstrated through the 176,746 responses.

Today we have published our draft clauses for the Environment Bill which place our environmental ambition and accountability at the heart of government.

They set out how we will create a pioneering new system of green governance, placing our 25 Year Environment Plan on a statutory footing. We will explore options for strong targets to improve our environment, and provisions on air quality, waste and water resource management, and restoring nature.

Our ambition is to be the first generation to leave the environment in a better state than that in which we found it. We will keep building on our successes by enhancing our environmental standards and delivering a Green Brexit.

Restrictions on the use of metaldehyde announced

There is national coverage this morning in The Telegraph, The I and The Sun concerning the restrictions announced yesterday on the use of metaldehyde, a pesticide commonly used in slug pellets. The story was also covered in Farmers Weekly and Horticulture Week.

The decision to prohibit the use of metaldehyde, except in permanent greenhouses, follows advice from the UK Expert Committee on Pesticides (ECP) and the Health and Safety Executive (HSE) that metaldehyde poses an unacceptable risk to birds and mammals.

“I recognise that significant effort has been put into encouraging growers and gardeners to use this pesticide responsibly by the Metaldehyde Stewardship Group. However, the advice is clear that the risks to wildlife are simply too great – and we must all play our part in helping to protect the environment.

“I encourage companies and growers to look at the alternatives, such as ferric phosphate, which is authorised and does not carry similar risks.”

Slugs can cause significant damage to plants and crops, particularly potatoes, cereals and oil seed rape. However, there are alternative methods such as using pesticides which contain ferric phosphate. They provide effective control of slugs and snails without carrying the same risks to wildlife.

The UK Government’s priority is the protection of people and the environment and decisions on the use of pesticides should be based on a careful scientific assessment of the risks. Once outside the EU, we will continue to make decisions on pesticides based on the best available science.

Today, the Chair of the Environment Agency, Emma Howard Boyd, has a letter in the Financial Times welcoming the Bank of England’s unprecedented plans to include the impact of climate change in its bank stress tests.

At the launch of the UK climate projections in November the Environment Agency published a Climate Change Impacts and Adaptation report  in which Emma called on businesses to do more to prepare.

In addition to her role as Chair of the EA, Emma became the UK’s Commissioner on the Global Commission on Adaptation in October. The Commission, led by Ban Ki-moon (eighth secretary-general of the UN), Kristalina Georgieva (CEO of the World Bank), and Bill Gates, aims to show the international community how preparing for the impacts of climate change is a business opportunity as well as an environmental and humanitarian concern. Emma wrote about her ambitions for this work in the New Statesman.