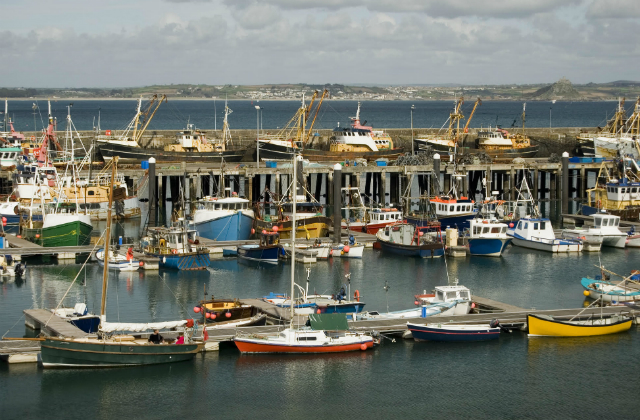 The Telegraph, Independent, ITV, Press and Journal, Express and Star, the National are among the media that have covered the government's launch today of the Fisheries Bill.

The Bill creates the powers the UK needs to operate as an independent coastal state after leaving the EU so that for the first time since 1973 we can control who may fish in our waters and on what terms.

At its heart the Bill delivers on the UK government’s commitment to sustainable fishing and marine conservation as set out in the 25-Year Environment Plan by setting out powers to control access, set quota and protect the marine environment.

The new legislation also proposes ways in which the UK government and the Devolved Administrations will work together to adopt common approaches to fisheries management in certain areas - including preserving UK vessels’ right to fish across the four zones of UK waters and creating a consistent approach to managing access of foreign vessels.

This new Fisheries Bill will allow us to create a sustainable, profitable fishing industry for all of the UK. It will regenerate coastal communities, take back control of our waters and, through better conservation measures, allow our precious marine environment to thrive.

The Common Fisheries Policy has damaged the UK’s fishing industry and our precious fish stocks. The Bill will deliver a sustainable fishing industry, with healthy seas and a fair deal for UK fishermen.

The Environment Secretary Michael Gove has today announced a £60,000 fund to develop and test pollinator habitat mapping – identifying where new habitats will provide the greatest benefit for bees and other pollinators.

The announcement was covered positively in Farmers Weekly, the Press & Journal, Horticulture Week and Smallholder.

The project will involve partnering with organisations such as Natural England, Buglife, The Wildlife Trusts and other bodies working on habitat mapping and the conservation of pollinators. It will also help to boost the number and health of pollinators as set out in the Government’s 25 Year Environment Plan.

Bees and other pollinators are vital contributors to the beauty of our landscapes, our economy and our £100 billion food industry.

Today’s announcement to fund pollinator mapping shows our clear commitment to help these wonderful creatures to thrive by creating wildflower rich areas around our towns and countryside.

Ben Bradley MP has run a brilliant campaign to better protect our pollinators and to leave our environment in a better state for future generations. He deserves all our thanks.

The Independent, BBC News, and The Guardian report on yesterday’s vote in European Parliament in favour of a ban on a range of single-use plastics to tackle plastic pollution in oceans.

The Independent and The Guardian note EU states still have to back the directive before it becomes law.

The proposals include a ban on plastic cutlery and plates, cotton buds, straws, drink-stirrers and balloon sticks.

The UK is making great strides to tackle the plastic that blights our streets, rivers and oceans – protecting wildlife from ingesting harmful plastic with our world-leading ban on microbeads in rinse-off personal care products, and introducing a highly successful plastic bag charge which has seen 13 billion plastic bags taken out of circulation in the last two years alone.

The UK Government continues to set a global example in the battle to tackle plastics, recently launching a consultation to ban plastic straws, cotton buds and stirrers, and we are pleased to see the EU following our lead.

While we want to see other European nations follow our ban on eliminating plastic microbeads, any action to reduce the plastic waste that blights our environment is of course welcome.

As we deliver a Green Brexit, the UK will continue to show global leadership in setting even higher environmental standards.

However we recognise there is more work to do which is why we have introduced plans to extend the plastic bag charge to all retailers, have earlier this week launched a consultation on banning the sale of straws, plastic-stemmed cotton buds and stirrers , and will consult on introducing a deposit return scheme for single use drink containers later this year.

The government also recently ran a call for evidence on using the tax system or charges to address single-use plastic waste , which attracted record-breaking public support. The government is now considering a number of options, including taxes or charges on specific plastic items which are commonly used on-the-go and littered.