Environment Minister, Thérèse Coffey, visited Maputo Special Reserve in Mozambique yesterday (Thursday 13 September) as part of a three day working visit of the country to see the work being done to protect the natural environment and stop the illegal wildlife trade.

The Minister’s visit comes ahead of London hosting the fourth international Illegal Wildlife Trade conference on 11 and 12 October. More than a thousand delegates are expected from organisations and governments from around the globe to commit to action to combat the illegal trade in wildlife.

Minister Coffey met Mozambican singer, Lizha James, were shown the kind of snares that are used by poachers at the reserve. Lizha James is campaigning against the illegal wildlife trade and presented the Minister with a T-Shirt  from a movement she has helped to found called ‘Women to Africa’. The group has already organised a meeting to debate and discuss ways of preventing poaching.

Maputo’s Special Reserve is a unique area for nature as it is possible to see elephants, whales and mangroves all in one location.

Tomorrow Minister Coffey will take part in an international beach clean up day with local children, celebrities and politicians to raise awareness of plastic pollution on the coast of Mozambique and around the world. 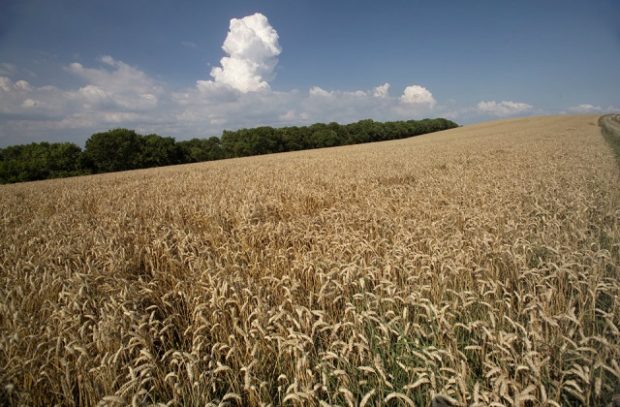 Today the I has published an article regarding the future of gene editing following a letter from 30 leading scientists to the Environment Secretary requesting the government reconsiders how research and future use of gene-edited crops will be carried out post Brexit.

This letter follows a decision made by the European Courts of Justice in July to extend the ban on genetic modification to include gene editing.

There are concerns that the ban will block future innovation in gene editing for animal and plant breeding, therefore leaving the UK behind other countries who continue to research this area.

The Government has always been clear that we take a science-based approach to GM regulation and our priority is safeguarding health and the environment.

Our view remains that gene-edited organisms should not be subject to GM regulation if the changes to their DNA could have occurred naturally or through traditional breeding methods.

The European Court of Justice has decided otherwise and this judgment is now binding in the UK. We will consider the points raised in the letter to the Secretary of State and a reply will be issued in due course.

The Press Association, BBC News, Farmers Guardian, Radio 4 Farming Today and the Today programme are among a wide range of media outlets that have reported the government’s latest update on tackling bovine TB (bTB).

Minister Eustice announced via a WMS and press release yesterday that figures show a fall in new confirmed TB cases in Gloucestershire and Somerset, demonstrating progress in delivering the 25-year TB Strategy to eradicate the disease from England.

The Farming Minister also launched a new round of badger vaccination grant funding, and Natural England  published further badger control licences for 10 news areas where bTB is present at very high levels, plus one additional licence to eradicate a localised threat in the Low Risk Area.

Coverage is overwhelming balanced and many items carry a statement from the NFU outlining the importance of eradicating this terrible disease. But some question the data – though reductions of about 50% in the disease in the first two areas to complete a full four-year cull in England is evident and align with scientific expectations.

Bovine TB is not a disease that can be easily overcome, which is why we have a 25-year strategy to beat it. After four decades of failure, evidence of progress should be noted. We have been clear we will do a full scientific analysis and publish in a scientific journal.

England has the highest incidence of bovine TB in Europe and the disease costs taxpayers over £100million every year. In 2017 more than 33,000 cattle had to be slaughtered in England to control the disease, causing devastation and distress for farmers and rural communities.

As Minister Eustice said yesterday, no one wants to be culling badgers forever so the progress reported is encouraging.