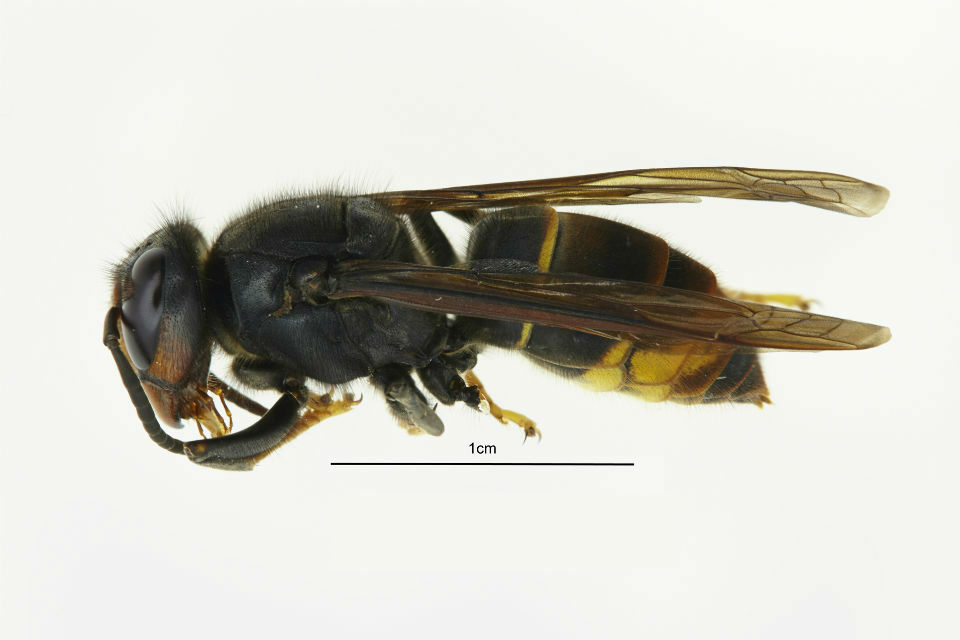 The National Bee Unit has confirmed a sighting of the Asian hornet in the Fowey area of south Cornwall.

This Asian hornet is smaller than our native hornet and poses no greater risk to human health than a bee. However, they do pose a risk to honey bees and work is already underway to identify any nests, which includes deploying bee inspectors to visit local beekeepers and setting up monitoring traps.

Previous outbreaks of the Asian hornet have been successfully contained by APHA bee inspectors who promptly tracked down and destroyed the nests. The intention is to do the same in this instance.

While the Asian Hornet poses no greater risk to human health than a bee, we recognise the damage they can cause to honey bee colonies. That’s why we are taking swift and robust action to locate and investigate any nests in the south Cornwall areas following this confirmed sighting.

Following the successful containment of the Asian hornet incursion in North Devon last year and Tetbury previously, we have a well-established protocol in place to eradicate them and control any potential spread.

We remain vigilant across the country, working closely with the National Bee Unit and their nationwide network of bee inspectors.

Today’s Guardian reports on the submission of water companies business plans to Ofwat.

The Guardian article mentions that earlier in the year Environment Secretary Michael Gove had warned water companies over their “concerning ” behaviour, urging them to do much more to tackle leakage.

He has also repeatedly called on water companies to set out ambitious plans for the future in an effort to tackle major challenges including climate change, address their failure to meet leakage targets and enhance the environment.

As Environment Secretary I have called on water companies to up their game, do more to enhance the environment and provide customers with the reliable and resilient service they expect.

I hope and expect water companies have taken this challenge seriously in drawing up these plans.

Ofwat will now scrutinise these plans through the price review process and I’m confident they will press water companies hard to ensure they deliver the best possible deal for customers.

There was widespread further coverage including in in The Times, Daily Mail, The Independent, The Financial Times and The Daily Express.